Why You Should Always Challenge Loan Servicer’s Standing to Foreclose 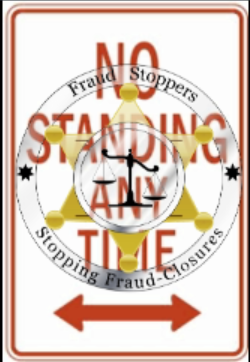 Why You Should Always Challenge Loan Servicer’s Standing to Foreclose

Another Great Post by the King of Foreclosure Defense Neil Garfield

Homeowners often challenged the authority of the named claimant while skipping over the actual party who is supporting the claim — the alleged servicer. You might also want to challenge or at least question their authority to be a servicer. The fact that someone appointed them to be a servicer does not make them a servicer. Calling themselves a “servicer” does not constitute authority to administer or even meddle in your loan account. As you will see below the entire purpose of subservicers is to create the illusion of a “Business records” exception to the hearsay rule without which the loan could not be enforced. The truth here is stranger than fiction. But it opens the door to understanding how to engage the enemy in trial combat.

That “payment history” is inadmissible hearsay because it was not created by the actual owner of the record at or near the time of a transaction and the actual input of data is neither secure more even known as to author or source. Likewise escrow and insurance payment functions are not authorized unless the party is an actual servicer. The fact that a homeowner reasonably believed and relied upon representations of servicing authority is a basis for disgorgement — not an admission that the party collecting money or imposing fees and insurance premiums was authorized to do so.

PRACTICE NOTE: However, in order to do this effectively you must be very aggressive in the discovery stage of litigation. (1) ASK QUESTIONS, (2) MOVE TO COMPEL, (3) MOVE FOR SANCTIONS, (4) RENEW MOTION FOR SANCTIONS, (5) MOTION IN LIMINE AND (6) TIMELY OBJECTION AT TRIAL.

If the servicer is really authorized to act as such then your attempt to defeat foreclosure most likely fails because the case is about a real debt owed to a real owner of the debt. The fact that they allege that they maintain records may be a true or false representation. But whether it is true or false, it does not mean that they had authorization to maintain those records or to take any other action in connection with the administration of the loan. Of course we know now that any such records are composed of both accurate and fabricated data.

We also know that the data is kept in a central repository much the same as MERS is used as a central repository for title. The representations in your case about and intensive audit and boarding process most likely consist of fabricated documents and perjury. There was no audit and there was no boarding process. The data in most cases, and this probably applies to your case, was originated and maintained and manipulated at Black Knight formerly known as Lender Processing Systems.

Contrary to the requirements of law, the central repository does not ever handle any money or payments or disbursements and therefore does not create “business records” that could be used as an exception to the hearsay rule. The same thing applies MERS. These central repositories of data do not have any actual role in real life in connection with any financial transaction. Their purpose is the fabrication of data to support various purposes of their members. All of this is very counterintuitive and difficult to wrap one’s mind around. but there is a reason for all of this subterfuge.

From a legal, accounting and finance perspective the debt was actually destroyed in the process of securitization. This was an intentional act to avoid potential risk of laws and liability. But for purposes of enforcement, the banks had to maintain the illusion of the existence of the debt. Since they had already destroyed the debt they had to fabricate evidence of its existence. This was done by the fabrication of documents, recording false utterances in title records, perjury in court and disingenuous argument in court.

The banks had to maintain the illusion of the existence of the debt because that is what is required under our current system of statutory laws. In all 50 states and U.S. territories, along with centuries of common law, it is a condition precedent to the enforcement of a foreclosure that the party claiming the remedy of foreclosure must be the owner of the debt by reason of having paid value for it.

The logic behind that is irrefutable. Foreclosure is an equitable remedy for restitution of an unpaid debt. It is the most severe remedy under civil law. Therefore, unlike a promissory note which only results in the rendition of a judgment for money damages, the Foreclosure must be for the sole purpose of paying down the debt. No exceptions. The problem we constantly face in the courtroom is that there is an assumption that there is a party present in the courtroom who is seeking restitution for an unpaid debt, when in fact that party, along with others, is seeking revenue on its own behalf and on behalf of other participants.

The problem we face in court is that we must overcome the presumption that there was an actual legal claim on behalf of an actual legal claimant. Anything else must be viewed through the prism of skepticism about a borrower attempting to escape a debt. The nuance here is that the end result might indeed be let the borrower escapes the debt. But that is not because of anything that the borrower has done. In fact, the end result could be a remedy devised in court or by Statute in which the debt is reconstituted for purposes of enforcement, but for the benefit of the only parties who actually advance money and connection with that debt.

More importantly is that nonpayment of the debt does not directly result in any financial loss to any party. The loss is really the loss of an expectation of further profit after having generated revenue equal to 12 times the principal amount of the loan. While there are many people who would argue to the contrary, they are arguing against faithful execution of our existing laws. There simply is no logic, common sense or legal analysis that supports using foreclosure processes as a means to obtain Revenue at the expense of both the borrower and the investor. And despite all appearances to the contrary, carefully created by the banks, that is exactly what  is happening.

When the day comes that is finally recognized and accepted the paradigm shift will be historic. Quietly it is already occurring. More and more state legislatures have been passing title reset laws similar to the Murphy Act in Florida (from the 1930’s) when title was completely screwed up by similar unlawful schemes. Depending on the state your property is located in, the legislature has most likely already adopted a statute that says that any changes sought in title are barred if you bring a claim after 1 year (Florida), 5 years (California) or otherwise.

In other words the legislatures driven by bank interests who control voting in both Republican and Democratic caucuses, have accepted the premise that fabricated instruments containing false utterances have been used to change title, voluntarily and involuntarily, and are saying that even though nobody had a right to take title away from millions of homeowners, the illegal title change stands and the only thing you have left is an action for monetary damages which in turn is or may be barred by the statute of limitations. And that is how the banks committed the largest economic crime against society in human history and that is how they are getting away with it, one law at a time. It’s not too late to save some people, but for the tens of millions of displaced persons, their injury remains and their remedy is unknown or forgotten.