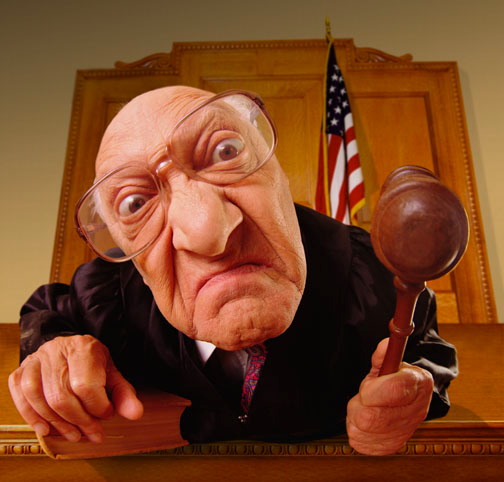 I think the biggest mistake that trial lawyers and pro se litigants make is that they think their questions, especially those supported by forensic reviews, are sufficient to rebut the case.
When the judges rule against the homeowner and for the foreclosure mill many people and lawyers think that the judge had a choice in doing that.

That is mostly untrue because of the admissions made by the homeowner over a long period of time in communicating with the opposition and what they filed in court.

Questions are not evidence, even if they are well-founded and should be answered. An unanswered question at trial requires a finding that no rebuttal exists. Questions about documents and the truth of the matters asserted in those documents need only be answered must only be answered in discovery or in a QWR (RESPA) or DVL (FDCPA).

[Practice Note: I distinguish between unanswered questions and those subject to a court order to respond].

At trial, the sole robowitness called to testify against the homeowner does not have the answers to most of the questions. Once he or she testifies that he or she has familiarity with the books and records of the “servicer” and that testimony is allowed to stand without objections and motions to strike, the case is basically over.

Such unopposed testimony establishes that the witness is employed by a company that performs servicing functions concerning record keeping of receipts and distributions of money. It also is evidence that the claimed debt exists, that the designated creditor owns it, and that the servicer is acting for the creditor.

After that, raising questions about the integrity of the process, the witness, the documents etc. is virtually pointless.

The judge really has no choice. It is not up to the judge to determine what the evidence in the record should contain. Once the homeowner admits the debt, and usually admits the default, there is no practical defense available and the judge must take that as true — even if the Judge earnestly believes that the homeowner is mistaken in making that admission. There are cases in which a forensic analyst has successfully attacked the signatures and chain of title, but they are few and far between.

This is someone like minimum mandatory sentences in criminal law. Most judges hate those laws and they hate being required to apply them, but they must apply them because they are the law. No judge has the authority to ignore the law. In all civil cases based on a preponderance of the evidence, judgment will be entered in favor of the claimant as long as the basic elements of the claim are found to exist – more likely than not.

I know people want the judge to do more. And I know that many judges have in fact ignored the law or pretended not to understand the law to achieve a certain result. That happens in many foreclosure cases, particularly where rescission under the truth in lending act has occurred.

But mostly, that is not happening in foreclosure cases because it doesn’t need to happen. The homeowner has already admitted the elements of a prima facie case. The homeowner has not rebutted the elements of the prima facie case. The rebuttal is not about raising questions. The rebuttal can only be evidence that disproves the truth of the matter asserted in the claim against them.

Pro se litigants do not understand the trial process and should not be required to possess such knowledge. Lawyers should know better, and eventually, after conducting 50-100 trials, they do know better. This is precisely where and how the Federal and State government failed to protect homeowners who were victims of an act of economic terror — the false claims of securitization of debt.

Although agencies have been long established (FTC, CFPB, FDIC) to protect the consumer, they have been prevented from doing so, leaving the homeowner or consumer to deal with highly sophisticated financial products and legal consequences that not even the federal reserve Chairman and 100 PhDs understood.

But despite the widespread recognition that consumers (homeowners) were duped, the government let them and even required them to bear the loss inflicted by bad actors. This might not end until the day comes when it is safe for political actors to run against the banks. Undoubtedly, they would be elected because most people understand they were screwed, even if they don’t fully comprehend how that was done.

FRAUD STOPPERS PMA has the most affordable option available to help you save money.

✓ Discounts on Members Only Products & Services