What I Could Not Tell the Jury in Decatur

What I Could Not Tell the Jury in Decatur

On August 6, 2014, I travelled to Decatur, GA to testify for the defense in the trial of Mark Anthony Harris, Timothy Franzen, Mariam Asad and Daniel Hanley.  Mark Harris was a disabled Gulf War veteran who was evicted from his home in 2012, after losing his home to foreclosure. Franzen, Asad and Harris were members of Occupy Our Homes Atlanta who tried to help Mark Harris stay in his home with a mortgage modification.  The defendants were charged with resisting arrest and obstruction of justice and faced up to two years in prison.

When the prosecution rested its case, I took the witness stand on behalf of the defendants, was sworn in and began reciting my credentials.  I did not get very far.  Right after I told the jury that I had helped the Justice Department recover $95 million for HUD from four major banks, the prosecutor jumped up flailing and yelling, “Whoa, whoa, whoa whoa.”   Judge Dax Lopez sent the jury from the courtroom, sent me to a witness room, as the lawyers argued about whether I would be allowed to testify.

I wasn’t there on the day of the eviction, but the prosecution was allowed to bring in testimony and evidence regarding the mortgage default by Mark Harris, so it seemed like I could offer some reasonable rebuttable evidence as to whether the foreclosure was questionable (or downright illegal) and  that I could corroborate the testimony of the defendants that they reasonably thought Mark Harris had a legal right to remain in his home.

Years earlier, I had written a letter to Mark Harris and Occupy Atlanta with my opinion that the loan documents used in his case were fraudulent.  The defendants had all read that letter.

I was not allowed to testify. This is what I would have told the jury.

Mr. Harris had the legal right to stay in his home the day the sheriff evicted him and threw his furniture, clothing, service medals and flag out on his front lawn.  At that time, Fannie Mae claimed to own Mark Harris’s home.  Fannie had sent Mr. Harris a letter assuring him that they wanted to keep him in his home and offering him the right to stay on as a tenant.  Mr. Harris accepted that offer and sent Fannie his first rental check for $2,600.  Fannie cashed the check.  But a few days later, Mark Harris was evicted and arrested as were defendants Franzen, Asad and Hanley who stayed on the property trying to explain that an agreement had been reached and that Mr. Harris was now renting from Fannie and had all the rights of other tenants.  I would have stated that in my opinion Mr. Harris had the right to stay in his home as he had reached an agreement with Fannie and was a tenant at will and had the due process rights of a tenant at will.

I would have also told the jury that from my review of the documents, this mortgage had been repeatedly transferred:

In my experience after reviewing over 10,000 foreclosures, original loan documents are most likely to be lost when the loan is repeatedly transferred as in the Harris case.

I reviewed 4 mortgage assignments and a Lost Assignment Affidavit.

There were missing documents.  There was no assignment to PNC Bank, so the subsequent assignment from PNC to Green Tree was invalid as it had not been established that PNC owned the note and mortgage.  There was a break in the chain of title.

I would have also tried to explain dual tracking to the jury.  I would have said that dual tracking was a process used by mortgage servicing companies, like Green Tree, that had been found to lead to massive abuses and unfair practices.  In dual tracking, representatives from one division of a servicer would work with a homeowner on a modification, while representatives from another division were pushing forward with a foreclosure as if no modification was being pursued.

Because of dual tracking, Mr. Harris and his supporters believed that they were on the verge of a modification.  At one point in the negotiations, they were about $100 apart.

As for the assignments from PNC and the Lost Note Affidavit, they were signed by Bryan Bly who identified himself as an officer of PNC Bank.  I would have testified that I was very familiar with Bryan Bly, and that he was not an officer of PNC Bank and never had been such an officer.  Bly was a well-known document signer – whose job was to sign his name on mortgage documents, sometimes thousands of times each day.  Bly worked for Nationwide Title Clearing, not PNC Bank.  Bly had repeatedly testified that he did not read or understand the documents he signed.  He had no idea of whether the information in the documents was accurate and true.  Bly had signed as an officer of over a dozen different banks and mortgage companies.  The company that employed Bly had been sued by the Illinois Attorney General for unfair and deceptive practices.

In Georgia, as in many other states, the foreclosure judge should have focused on the note and whether it was properly endorsed.  But the fact that 4 different assignments had been created (badly) as well as a lost assignment affidavit would indicate to me that there was not an original, properly endorsed note.  Why go through the trouble of using a document company to prepare all these assignments if you had the properly endorsed original note in your control?

In my experience, the acts of the bank, servicer and Fannie were illegal and abusive and this was especially shameful in the case of Gulf War veteran Mark Harris who was working so hard to modify his mortgage and remain in his home. This case ended with a hung jury.

Do not let it get to this point. If you are in foreclosure, late on your mortgage payments, or are having difficulty with your mortgage we recommend that you take immediate action and contact Fraud Stoppers because you may have a good case to sue for quiet title and gain clear and free title to your home. For more information and to get all the facts, register for your free fraud analysis right now. 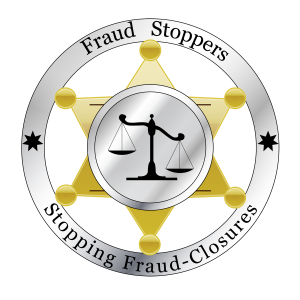 Legal Information Is Not Legal Advice: This site provides “information” about the law and is only designed to help users safely cope with their own legal needs. But legal information is not the same as legal advice — the application of law to an individual’s specific circumstances. THIS SITE IS NOT INTENDED TO BE MISCONSTRUED AS LEGAL ADVICE. Fraud Stoppers LLC is NOT a law firm, non-profit organization, or government agency. Fraud Stoppers LLC is a company that can help you find what you’re looking for to save your house from foreclosure. If you want or need a Quiet Title Lawsuit, Securitization Audit, Forensic Audit, Mortgage Fraud Audit, Stop Foreclosure Sale Action, Reverse Foreclosure Sale Action, Loan Modification, Short Sale Transaction, Wrongful Foreclosure Lawsuit, Foreclosure Defense Documents, Court Ready Expert Witness Affidavit, Nationwide Network of Affordable and Competent Foreclosure Defense Attorneys, Nationwide Network of Short Sale Experts, Realtors, and Ethical Investors who have Investment Capital and can structure a win/win/win Creative Real Estate Transaction, Pro Se Educational Course and Training Materials, Investor Buyback Programs, Real Estate Investor Training Programs and Curriculum, Private Investment Capital, Pro Se Legal Training Programs, Easy Non-Credit Based Financing Options, and Affordable Monthly Payment Plans so you can save your house from foreclosure without breaking YOUR Bank. Fraud Stoppers has what you need and can help you get the facts, tools, evidence, documentation, training, professional help, and support that you need to stop your foreclosure, uncover the errors, violations, and fraud that may exist in your loan, mortgage, and foreclosure documents so that you can save your house from foreclosure and get the legal remedy that the law entitles you to, and that you deserve! Although we go to great lengths to make sure our information is accurate and useful, we recommend you ALWAYS consult a lawyer if you want legal advice as well as professional assurance that our information, and your interpretation of it, is appropriate to your particular situation.