Webinar Update: “How To Research Judges (and other public officials) Using Public Documents” 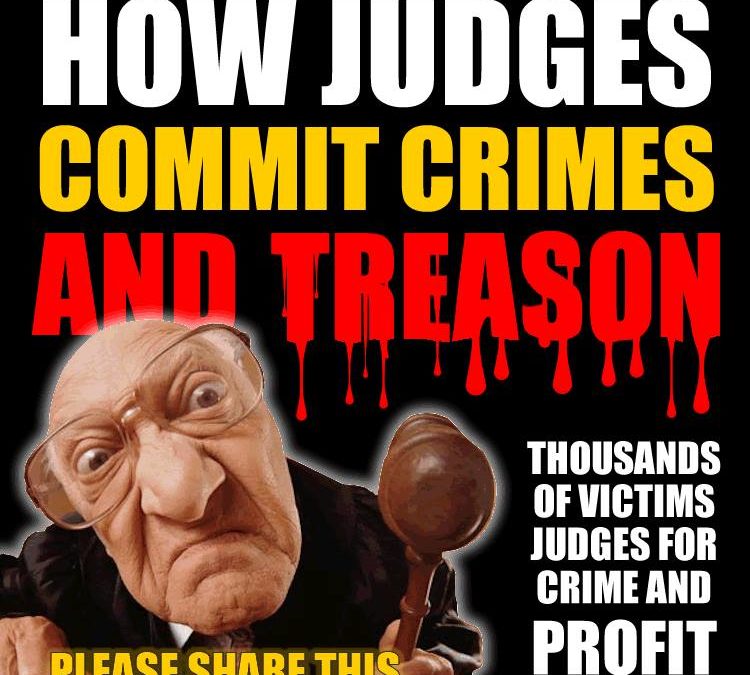 This workshop is predicated on an initial perception—which then blossomed into knowledge and comprehension, that when an individual such as a judge, held in high estimation, consistently violates his oath of office and Constitutional and statutory law in the performance of his office, he is not only being protected from liability for so doing—he is being rewarded for so doing. Not only by his salary, which while considerable still does not equal the salary of a hit man—and that is what the judges are, they are hit men. But through a system of illegal, under the table monies. This is what we are going to be learning how to research today.

Several years ago, I was writing for the San Bernardino County Sentinel and was utterly fascinated by the gravely illegal decisions being made by one James Michael Welch, who was the head probate judge in SBC, which is the largest county in America. I wanted to find out everything I could about him—not only his salary, not only all the bad decisions he had made in cases. I wanted to know everything.

At some point in my research on Welch, I started to look at his property records. I saw he had taken out a number of loans on a property he held full title to, a house that had been passed down to him through his family. I found that fascinating. On a hunch, I took a look at some of the other local judges, who could also be considered to have very powerful assignments. Not traffic court judges, but mental health judges and guardianship judges, who held the power of life and death.

What I found blew my mind. Most—not all but most—of the judges I looked at had what I would term suspicious profiles. Some of them were feasting on loans like a hyperactive kid in a Willy Wonka chocolate factory.

I already knew that loans could be dirty. I knew this from my father’s work. In the sixties, when Dick Nixon made a run for the California gubernatorial seat, my father’s article on the Nixon-Hughes loan was credited with costing the election to Tricky Dick. Pat Brown publicly credited the article, published in The Reporter magazine, with securing his victory.

The scam is very simple—Judge A takes out a loan. Mr. B pays it back. A simple, and almost completely undetectable way to launder bribes and pay offs.

At that time, I had the case from hell in Riverside probate court. We all know what a case from hell is like, right? The judge refused to rule on my motions, treated me with utter disregard and regularly violated the law, in order to rob me of my inheritance. So I decided to take a look at his property profile.

Commissioner Michael McCoy was dirty. There were no two ways about it.

On a Friday, I faxed in a letter to the Presiding Judge of Riverside Court, questioning McCoy’s property profile. In the letter I mentioned that his loans, and the rapidity with which he appeared to pay them back, exceeded his judge’s salary.

That Monday, we had a hearing. McCoy was late, unusual for him. When he arrived in court, he said he had an announcement to make. He was stepping down off the case. He was inordinately polite to me, sycophantic, really, and then beat a hasty retreat….

(If you would like more information on the webinar, please call Janet Phelan -541 708 3534 or email her at janet_c_phelan@yahoo.com.)

Janet Phelan is an investigative journalist whose articles have appeared in the Los Angeles Times, The San Bernardino County Sentinel, The Santa Monica Daily Press, The Long Beach Press Telegram, Oui Magazine and other regional and national publications. Janet specializes in issues pertaining to legal corruption and addresses the heated subject of adult conservatorship, revealing shocking information about the relationships between courts and shady financial consultants. She also covers issues relating to international bioweapons treaties. Her poetry has been published in Gambit, Libera, Applezaba Review, Nausea One and other magazines. Her first book, The Hitler Poems, was published in 2005. She is also the author of a tell-all book EXILE, (also available as an ebook). She currently resides abroad.