The goal was to foreclose and resell, rehypothecate and destroy the American Dream 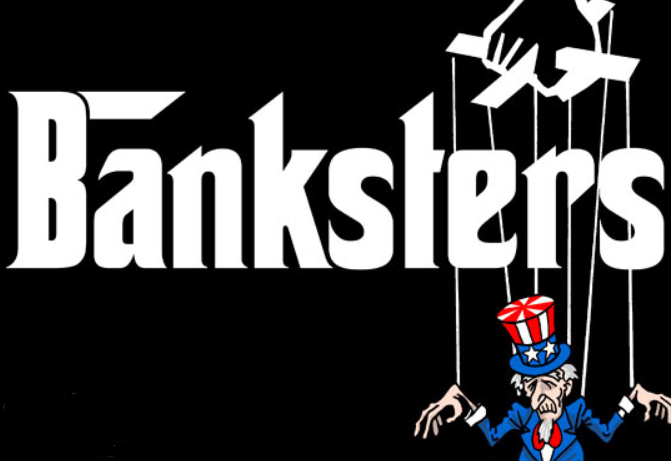 In the process of research for a homeowner in the throws of foreclosure hell, albeit stayed in moratorium for the purposes of COVID as a “Federally backed mortgage loan” pursuant to the 2020 Coronavirus Aid, Relief, and Economic Security Act (CARES Act), a little unknown gem of information surfaced.

Now, we’ve all been consumed lately with the GameStop fiasco and we’ve certainly learned about hedge funds and shorting the market (betting against the company stock)… how do you think this applies to American Homeowners? Or Fannie & Freddie shareholders who haven’t seen a dime of their investments since 2008? Or the US Treasury? Or the Federal reserve? Maybe this story will help connect the dots. And then look at every foreclosure and appellate judge and politician’s financial disclosure statement and investment portfolio. Yeah, how could a foreclosure judge hold investments that are betting against the homeowner saving his home? Rather a conflict of interest, wouldn’t you think?

The Plaintiff in the case is U.S. BANK NATIONAL ASSOCIATION, NOT IN ITS INDIVIDUAL CAPACITY, BUT SOLELY AS LEGAL TITLE TRUSTEE FOR LVS TITLE TRUST I where it was noted in another case that, “LVS Title Trust I, a fund started by PIMCO but administered by US Bank, placed the winning bid”. Remember the movie The Big Short? Read more

How the SEC Is Used by Wall Street Brokers to Deceive the Courts, the Public and the Legal Community

The question is related to whether the SEC had undertaken any analysis of supposedly exempt MBS certificates. It is obvious that it has not done so. The agency has taken a position that is contrary to express factual and legal findings in thousands of court cases, administrative proceedings, and settlements. Such certificates are only exempt if they are in fact mortgage-backed pass-through certificates that allow payments from homeowners to flow to investors who buy them. It is an undeniable fact that this is not what is happening and not what Wall Street brokers ever intended.

Astonishingly if you ask any attorney representing any party claiming to have rights to foreclose on homeowners’ property, they will either evade answering or they will admit they have no clue as to whether the loan account exists or who owns it. Yet they persist in attempting to foreclose because they can. But the way they can is partly due to weaponizing a simple practice granted to people and companies on the SEC’s website.

The certificates are not mortgage-backed. In addition, there is no pass-through legal obligation to pass payments from homeowners to investors. Instead, certificates are an unsecured discretionary IOU from an investment bank — i.e., “REMIC” certificates are securities that are not exempt from registration requirements and should be regulated by the SEC. The SEC is an agency that has failed to drill down to the facts and has proceeded instead on false assumptions.

The SEC is the primary source of misinformation about the origination and acquisition of homeowner transactions and the creation, issuance, sales, and trading of securities that are not exempt from registration or regulation. Instead, the SEC has become the primary vehicle for the dissemination of false information by allowing login credentials to individuals and companies to upload documents to http://www.sec.gov and then download them with the website URL in the header — thus giving the false impression that the document is a government document or that it has been processed by a government agency.

This practice has been utilized to present false self-serving documents that are treated as facially valid, authentic representations of transactions that in fact have never occurred nor were they ever intended to occur.

Both the SEC and the IRS have made erroneous assumptions causing widespread moral hazard and loss to investors, homeowners, and the government (in loss of tax revenue). The SEC is the focal point because that is the agency with the knowledge and resources to make administrative findings as to the certificates that are issued as if the issuer was a REMIC trust. In fact, the REMIC trust name is only a label used by the investment bank to issue discretionary unsecured promises to pay by investment banks.

The failure of the SEC to properly regulate and investigate this has resulted in a near-universal and erroneous consensus that the 2008 Recession was caused by risky behavior instead of illegal behavior. Such behavior is a continuing scheme. This Federal agency (SEC) is contributing to a myth that the transactions with homeowners were loans, that an underlying obligation was created, and that the underlying obligation was sold in pieces to investors who receive the proceeds of scheduled payments from homeowners and from foreclosures. In most cases, this is patently untrue, as shown in thousands of court cases. No “loan” was sold to anyone, much less to investors who owned shares of loans.

The SEC is uniquely suited to correct the misinformation scheme. As it odes with all investigations of public offerings, it could analyze the actual flow of money and the intended flow to determine if the issuance is one that the SEC can and should require registration and regulation.
There is a simple fact that could be investigated without any material expenditure of resources: at the end of the claimed securitization” cycle, there is no loan account receivable owned by any creditor. Accordingly, all representations and implied representations to the contrary are false and known to be false and are meant to deceive investors, the courts, homeowners, and the legal community. At the very least the SEC should stop any practice in which its websites used to propagate false narratives about the so-called securitization of residential debt.