The Banks Lost the Mortgage Notes: This is no Joke! 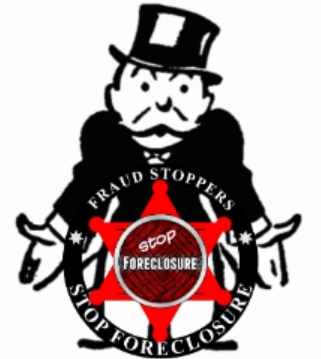 And yet, it is now clear that promissory notes underlying mortgage backed securities were lost or destroyed on a systematic basis, in what can only be termed yet another exhibition of the infinite recklessness (or corruption) of the bankers running the US economy. How bad was it?

The Florida Bankers Association told the Florida Supreme Court that banks routinely destroyed notes after e-recording the notes to “avoid confusion.” The Florida bankers told the Supreme Court that this was the “industry standard.” Professor Katherine Porter wrote a 2008 Texas Law Review article that looked at the loan documentation from 1700 bankruptcy cases. A stunning 41.1 % of the files reviewed lacked a promissory note to support the mortgage claim. Yves Smith, the high profile author and economics blogger, states that her sources indicate the notes were “never” transferred to the MBS trust. This certainly will prove to be a major problem, as demonstrated by the recent rescission claim being pressed by (among others) the New York Fed which claims that MBS were plagued by “shoddy paperwork.”

On some levels losing the note is worse than blowing the mortgage (due to MERS Madness, for example). Because promissory notes are negotiable instruments generally only the original (and not any copy) is enforceable against the borrower. Under the UCC (a uniform commercial code in place in most all jurisdictions in one form or another), section 3-309, a lost note may not be fatal to recovery by the owner of the note. But the requirements of proof under this section are quite demanding; most notably, the section requires that possession and ownership of the promissory note be vested in the plaintiff at the time of loss. It appears that many MBS notes disappeared before transfer to the trust that now holds the note, which would defeat recovery under this section. Moreover, in order to enforce a lost note under the UCC, the court must assure that “the person required to pay the instrument is adequately protected against loss that might occur by reason of a claim by another person to enforce the instrument.” That sounds like an indemnity bond to me (particularly given the transitory nature of the banks holding these notes, as I will show in my next post). And, that could prove costly. These are serious impediments to enforcement of lost promissory notes in this context.

Moreover, analysis of the ability to enforce lost notes is made more difficult by the fact that each state may have quirks in their version of the UCC. Some states have amended their UCC statutes like this version in Florida which is less demanding than most states. It could take years for the courts across the country to work out these issues.

Again, these issues are not technicalities. Instead, they are integral parts of a statutory scheme designed to balance commercial certainty and enforcement of contracts against protecting the borrower from multiple claims. The ultimate protection of the borrower is an original canceled note. Once a borrower pays a note obligation he is entitled to a canceled note. If the lender loses the note he has in a real sense deprived the borrower of this basic right. So courts are rightly suspect of efforts to enforce lost notes, and courts should take appropriate steps to give borrowers that same level of protection–i.e., an indemnity bond or better. Thus, courts have not hesitated to refuse to enforce lost notes despite efforts by claimants to avail themselves of 3-309, as illustrated in this case, and those cited therein.

Even if courts allow enforcement of missing and lost notes, therefore, this will require more proof and costly hearings, not to mention the cost of indemnity bonds. It is probably true that few have been wrongfully subject to foreclosureproceedings; on the other hand, it appears very likely that many, many homeowners were evicted through flawed proceedings where the bank failed to prove its entitlement to foreclosure properly. Figuring out how to manage these grim outcomes will also require extensive litigation–largely due to the ineptitude of the banks and their failure to follow the law. At best, from the point of view of the banks, this will slow down foreclosures, increase foreclosure costs, and further impair the value of MBS, leading to more bank losses.

So, here we go again. The banks failed to see to it that this reckless sub-prime lending entailed any semblance of basic and prudent documentation practices. I can think of no more powerful indicator of gross ineptitude than this: they lost and destroyed promissory notes. These are the bankers that we bailed out and left in control of a huge chunk of our financial sector. Original post at http://corporatejusticeblog.blogspot.com/2010/10/banks-lost-notes-this-is-no-joke.html 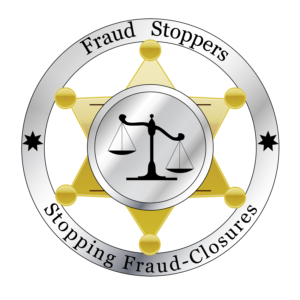