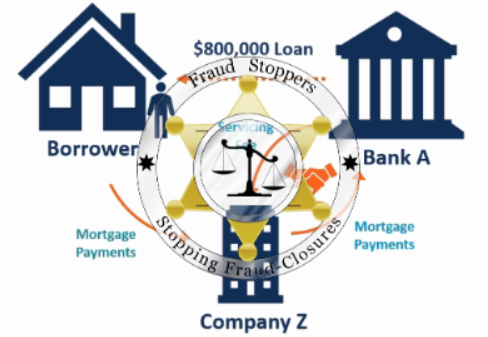 The courts will always at least initially consider the points that you are raising to be technical attempts to escape liability for a legal debt. You need to reframe the situation. And the way that is done is by changing the case from “Bank vs Homeowner” to “Judge vs foreclosure mill”, for failing to comply with the rules, and court orders enforcing those rules.

I have come to the conclusion that there is a problem in accepting the label of “servicer.” By referring to companies who claim to be servicers, we are tacitly admitting that they are performing servicing functions. In fact, the attributes of servicing that are commonly attributed to servicing do not occur by, within, or on behalf of those companies.

It may be too late to bring this issue up in your case. But I think everyone needs to be aware of the fact that this may work against you. If you admit that the company is a servicer, then you are admitting that it is performing servicing functions like receiving payments and making disbursements to investors.

Direct and tacit admissions by homeowners are deadly in court. The problem is that most pro se litigants and many lawyers don’t even realize that they are directly or tacitly admitting the truth of facts asserted or implied by their opposition.

Logically that would be an admission that the payments were actually received by the servicer and then forwarded to investors. And logically that would mean that the action is brought on behalf of those investors no matter how it is formally styled. That could and does fall under the doctrine of damnum absque injuria — a violation without damage. What difference does it make that the paperwork was screwed up if the claim was valid and the money went to the right person?

And that is the problem that you are confronting. The courts will always at least initially consider the points that you are raising to be technical attempts to escape liability for a legal debt. You need to reframe the situation. And the way that is done is by changing the case from “Bank vs Homeowner” to Court versus foreclosure mill, for failing to comply with the rules, and court orders enforcing those rules.

It might be true that at your stage of litigation you might be best off fashioning a brand new complaint to give rise to new discovery demands. Many lawyers and pro se litigants fail to realize the importance of the rules and how to follow them until it is too late, discovery has closed and mediation has already occurred without objections to the failure of the plaintiff to show up.

I was tipped off about this issue by an insider who had direct knowledge and who will remain anonymous forever. With a laugh, he asked whether I would entrust all my income to some sketchy thinly capitalized company calling itself a servicer. I said of course not. And he said, “right, and neither do the investment banks.” That was in 2008.

After that, I learned that all of the commonly known companies that called themselves “servicers” do not actually receive or disperse any money. And they don’t actually account for the money. Further, I have learned that the named servicer authors or signs virtually none of the correspondence supposedly emanating from a company that has labeled itself as a “servicer”.

That means that their supposed “business records” are nothing more than reports of reports generated by the actual people who receive and account for the funds. Those third parties also are the sole repositories of “original” and fabricated documents. None of the exhibits preferred by such fake servicers qualify as business records. they are all subject to the hearsay rule, which is to say that they are not admissible into evidence in court.

And all of that means that there is no case and there is no claim that is being presented against any homeowner in which securitization is asserted in the forefront of the case or in the background.

The judge is the arbiter who decides whether the parties are playing by the rules. Once the evidence is in, the judge must weigh that evidence to determine whether the prima facie elements of the claim have been established. If there is no other evidence, the judge must, according to the rules, enter judgment for the claimant even if the judge suspects there is something wrong with the claim.

So the goal of every homeowner, if they want to win, is to recognize and confront the fact that the false claim against them is going to win if they don’t do something at the proper time and improper way as set forth in the rules and laws governing civil procedure and evidence.

The secondary goal should be to disabuse the court of its assumption that even if there is everything wrong with the claim there is no harm in entering judgment because the right party is getting the money that is owed in legal debt owed to that party. That requires a gradual process of education and persistent relentless use of the strategies that must be allowed to the homeowner in order to satisfy the requirements of constitutional due process.