SHOW ME THE NOTE AND LOST NOTE AFFIDAVITS

Have you ever wondered why so many people have asked the question: Show me the Note, or why so many banks file lost note affidavits in their foreclosure cases?

The reason is because when the mortgage loans were converted into Mortgage Backed Securities and placed in the Mortgage Electronic Registration System (MERS) the original notes were deliberately destroyed to “eliminate any confusion”, according to the Bankers Association. Here is the court case where they testified regarding this fact to the Florida Supreme Court.

IN THE SUPREME COURT OF FLORIDA

IN RE: AMENDMENTS TO RULES

OF CIVIL PROCEDURE AND FORMS FOR USE

WITH RULES OF CIVIL PROCEDURE

COMMENTS OF THE FLORIDA BANKERS ASSOCIATION

The Florida Bankers Association thanks this Honorable Court for the opportunity to comment on the Emergency Rule and Form Proposals of the Supreme Court Task Force on Residential Mortgage Foreclosure Cases.

The Florida Bankers Association (“FBA”) is one of Florida’s oldest trade association. Its membership is composed of more than 300 banks and financial institutions ranging in size from small community banks and thrifts, to medium sized banks operating in several parts of the state, to large regional financial institutions headquartered in Florida or outside the state. The FBA serves its constituents and the citizens of the state of Florida by serving as an industry resource to all branches and levels of government in addressing those issues which affect the delivery of financial services within this state.

SUMMARY OF THE COMMENTS

The Supreme Court Task Force on Residential Mortgage Foreclosure Cases (“Task Force”) proposes an amendment to Florida Rule of Civil Procedure 1.110 to require verification of residential mortgage foreclosure complaints. The proposed rule does not effectuate its stated goal of deterring plaintiffs that are not entitled to enforce the underlying obligation from bringing foreclosure actions. Existing and effective law provides better substantive protection against unauthorized foreclosure suits. Section 673.3091, Florida Statutes, establishes stringent proof standards when the original note is not available, and requires the court to protect the mortgagor against additional foreclosure actions. In addition, the courts have ample authority to sanction lawyers and lenders asserting improper foreclosure claims. This authority is explicit in Florida law and implicit in the courts’ inherent power to sanction bad faith litigation. Finally, the proposed amendment imposes a substantive condition precedent to foreclosing a residential mortgage foreclosures and thus appears to violate Florida’s constitutional doctrine of separation of powers.

The rationale for the proposed amendment is set forth in the proposal for promulgation:

This rule change is recommended because of the new economic reality dealing with mortgage foreclosure cases in an era of securitization. Frequently, the note has been transferred on multiple occasions prior to the default and filing of the foreclosure. Plaintiff’s status as owner and holder of the note at the time of filing has become a significant issue in these case, particularly because many firms file lost note counts as a standard alternative pleading in the complaint. There have been situations where two different plaintiffs have filed suit on the same note at the same time. Requiring the plaintiff to verify its ownership of the note at the time of filing provides incentive to review and ensures that the filing is accurate, ensures that investigation has been made and that the plaintiff is the owner and holder of the note. This requirement will reduce confusion and give the trial judges the authority to sanction those who file without assuring themselves of their authority to do so.

With respect and appreciation for the efforts of the Task Force and its laudable goals, the proposed amendment will not effectuate the reduction of confusion or give trial judges any authority they currently lack.

In actual practice, confusion over who owns and holds the note stems less from the fact that the note may have been transferred multiple times than it does from the form in which the note is transferred. It is a reality of commerce that virtually all paper documents related to a note and mortgage are converted to electronic files almost immediately after the loan is closed. Individual loans, as electronic data, are compiled into portfolios which are transferred to the secondary market, frequently as mortgage-backed securities. The records of ownership and payment are maintained by a servicing agent in an electronic database.

The reason “many firms file lost note counts as a standard alternative pleading in the complaint” is because the physical document was deliberately eliminated to avoid confusion immediately upon its conversion to an electronic file. See State Street Bank and Trust Company v. Lord, 851 So. 2d 790 (Fla. 4th DCA 2003). Electronic storage is almost universally acknowledged as safer, more efficient and less expensive than maintaining the originals in hard copy, which bears the concomitant costs of physical indexing, archiving and maintaining security. It is a standard in the industry and becoming the benchmark of modern efficiency across the spectrum of commerce—including the court system.

The information reviewed to verify the plaintiff’s authority to commence the mortgage foreclosure action will be drawn from the same database that includes the electronic document and the record of the event of default. The verification, made “to the best of [the signing record custodian’s] knowledge and belief” will not resolve the need to establish the lost document.

The process for re-establishment of a lost or destroyed instrument by law imposes a strict burden of proof and instructs the court to protect the obligor from multiple suits on the same instrument. Section 673.3091, Florida Statutes, sets forth the elements a plaintiff must prove in order to enforce an obligation for which it does not have the original instrument:

1The legislature amended Section 673.3091, Florida Statutes, in 2004 to address the issues raised by the State Street court in recognition of the commercial reality that almost all purchase money notes are electronically stored and assigned in electronic form. This protection may be effectuated by any means satisfactory to the court. It commonly takes the form of a provision in the final judgment stating that to the extent any obligation of the note is later deemed not to have been extinguished by merger into the final judgment, the plaintiff has by law accepted assignment of those obligations. In other words, the

plaintiff who enforces a lost or destroyed instrument assumes the risk that a third party in lawful possession of the original note or with a superior interest therein will assert that claim. The original obligor has no liability. C. Courts Have Statutory and Inherent Authority to Sanction Plaintiffs Asserting Claims Not Supported by Law or Evidence.

Any party seeking to foreclose a mortgage without a good faith belief—based on investigation reasonable under the circumstances–in the facts giving rise to the asserted claim may be sanctioned “upon the court’s initiative.” § 57.105(1), Fla. Stat. This statute, though somewhat underused by our courts, affords judges the authority to immediately impose significant penalties for bringing unfounded litigation. Perhaps more significant is this Court’s recent (and appropriate) reaffirmation of a trial court’s inherent authority to sanction litigants—specifically attorneys—who engage in bad faith and abusive practice. See Moakely v. Smallwood, 826 So. 2d 221, 223 (Fla. 2002), citing United States Savings Bank v. Pittman, 80 Fla. 423, 86 So. 567, 572 (1920) (sanctioning attorney for acting in bad faith in a mortgage foreclosure sale).2

2 The potential for sanctions is in addition to the significant economic deterrence to bringing unauthorized foreclosure actions. Presuit costs such as title searches and identification of tenants and/or subordinate lienors, the escalating filing fees and costs of service (particularly publication service and the concomitant cost of diligent search if the mortgagor no longer resides in the collateral) significantly raise the cost of filing a suit in error.

The Task Force Report giving rise to the proposed amendment clearly speaks to a public policy concern unrelated to the procedural concerns of the courts. The stated purpose—to prevent the filing of multiple suits on the same note—is clearly a matter of public policy rather than one of court procedure. Requiring verification of a residential mortgage foreclosure complaint imposes a condition precedent to access to courts that exceeds the procedural scope of the Florida Rule of Civil Procedure 1.110. In situations in which verification of complaints or petitions is established as a threshold requirement for pursuing an action, that requirement is imposed by the legislature. See, e.g., § 702.10, Fla. Stat. (requiring verification of mortgage foreclosure complaint where plaintiff elects Order to Show Cause procedure.) If public policy favors setting an evidentiary threshold for access to courts, the legislature must exercise its policy-making authority.

The only other rule of civil procedure which imposes the duty to verify a petition is a petition for temporary injunction. Fla. R. Civ. P. 1.610. The rationale for requiring verification there is clear: The petition itself and any supporting affidavits constitute the evidence supporting the requested temporary injunction. The court’s decision is made solely on the evidentiary quality of the documents

before it. That is not the case here. Verification of the foreclosure complaint will not relieve the plaintiff seeking to foreclose a residential mortgage of the burden of proving by competent and substantial evidence that it is the holder of the note secured by the mortgage and entitled to enforce the mortgagor’s obligation.

Verification adds little protection for the mortgagor and, realistically, will not significantly diminish the burden on the courts. The amendment is not needed or helpful.

The Florida Bankers Association recognized the hard work and the laudable goals of the Supreme Court Task Force on Residential Mortgage Foreclosure Cases. However, it appears that in the urge to find new ways to address the crisis facing mortgagors and mortgagees as well as the court system, the Task Force fashioned a new and ineffectual rule while ignoring the panoply of significant and substantive weapons already provided by Florida law. The Florida Bankers Association respectfully requests that this Honorable Court decline to adopt the proposed amendment to Florida Rule of Civil Procedure 1.110.

I HEREBY CERTIFY that a true and correct copy of the foregoing comments have been served on The Honorable Jennifer D. Bailey, Task Force Chair, 73 W. Flagler Street, Suite 1307, Miami, Florida 33130-4764, this 28th day of September, 2009. 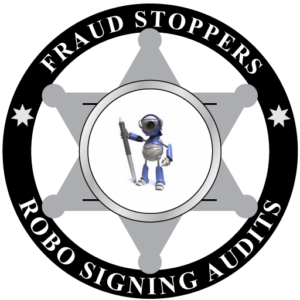