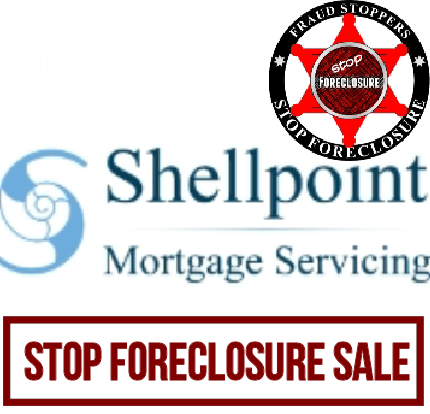 Where’s Waldo? You need to stare at something for a while before you see everything.

While I was doing a CONSULT for someone, a reminder popped up on my computer screen relating to a statement sent under the letterhead of “Shellpoint.” Since securitization is a game of musical labels, the name “Shellpoint” seems especially appropriate.

And knowing the culture of investment banking (having been an investment banker), it is likely that this was intentional. Investment bankers seem to think this whole mortgage meltdown/securitization scandal is a game or a joke. Maybe I would think that too, if I was being paid 50 times what I would otherwise be paid under any legitimate s scheme.

So when I finished the CONSULT, I was left staring somewhat absently at the Shellpoint statement in front of me. I already knew and had satisfied myself that Shellpoint, for the most part, did not exist. The name was registered as a company with a few employees being paid under that name, but it did nothing.

Its name was being used as a fictitious name. Still, since it is a registered corporate entity name, nobody needs to admit or disclose that a third party is doing business as Shellpoint, even though that is exactly what is happening.

So there I was staring at this statement and something was bothering me — like one of those pictures where a face gradually emerges after you stare at it. The problem is that the human mind fills in and filters out data based on what it thinks you need to know. There are plenty of examples of both filling in and filtering out in published psychological experiments that can be easily found on the Internet.

So here is one thing that finally penetrated my absent stare:

So here are my thoughts on that heading printed on a digital or paper statement:
Corporations are required to disclose their registered or fictitious name. This heading says “Shellpoint.” While the reader might think this means something that could be recognized in court without a proper foundation, it does not. As stated, it represents a name that could be used by anyone. The point is that people should know the identity of the party with whom they anticipate doing business — and if they send money to such a party, it could go anywhere.

We get false “help” when it then says in tiny letters that “shellpoint” is a division of “NewRez.” But NewRez is not identified either as the name of a registered entity or the fictitious name of a registered entity. It too can be used by anyone. And if we look at cases we see that it is indeed used by multiple entities all claiming to be a servicer, creditor or both. And then there is the cryptic instruction not to send mail or payments to a listed postal address that cannot be used for anything. Really?

Although you would be right in taking the position that shellpoint and NewRez do not technically exist, it is less than likely that any judge will issue a ruling to that effect — unless you do more.

But most judges would issue an order commanding the attorney for the foreclosure mill to clarify the company’s identity using those names and the interest of the company or companies that are using the name “shellpoint” or “NewRez.” Then and only then can you ask the question about what interest the real company has in the unpaid loan account as maintained on the books and records of an identified creditor.

Practice Note: Don’t get confused between the “Payment History” generated in the name of shellpoint, NewRez, Ocwen or any other company that has been designated as a servicer. If push comes to shove you will see that Ocwen allowed its name to be used as though it was a servicer, but it never actually claimed to be a servicer because it was not the author of the documents announcing the alleged servicing arrangement.

The answer will be, “we did not write that letter. If an error was made or fraud was committed, we didn’t do it. It was the real author of that instrument.”

And that is where FINTECH comes in and why the CFPB under the Biden administration finally did what homeowners have been clamoring for — they put the financial technology companies in the category of “servicers” because they were the only ones doing the “servicing. “The trick was to make everyone think that the name on the letterhead was a company whose employee or officer created or executed the instrument. That way, if you sued either for error or fraud, they could point the finger at the other one.