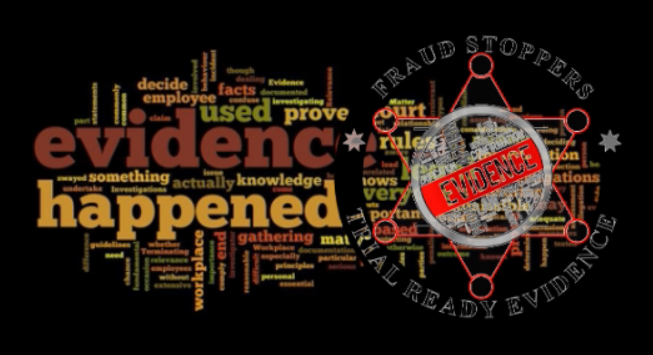 Courts Are Wasting Time, Not Saving It: Apply the rules of evidence and both claims and defenses will fall.

The excuse for the sloppy ways that the rules of civil procedure and the rules of evidence are applied in a case where the foreclosure process is invoked has always been “limited judicial resources.”
That is shorthand for we don’t have the time to hear stupid defenses since the claims are clearly valid.

Practically every successful foreclosure defense attorney knows that the courts would be far more successful at conserving judicial resources if they simply went back to the centuries-old practice of strictly applying the rules of civil procedure and the rules of evidence to prove the elements necessary to invoke the foreclosure process. It is very clear.

There are a number of reasons why the courts strayed from a tried and true method of evaluating claims in foreclosure. One of them is that the investment banks were paying (indirectly, of course) for the rocket dockets and other devices meant to process such claims more quickly while trampling on the protections for homeowners that are included in multiple statutes.

Another has been the threat of apocalypse which has been repeated many times in thousands of courts — if you let the homeowner win, then the entire economic system will fail and take our entire society and government down with it. Of course, there is no evidence that any such threat is or was ever imminent. It was simply a way of scaring everyone into letting the investment banks have their way regardless of law, justice, or fairness.

Gary Dubin, Esq. has been a successful groundbreaking foreclosure defense lawyer (in addition to his previous areas of practice) for more than 15 years. Like most other successful foreclosure defense attorneys he has been targeted for extinction, even while he continues to make new law, beating down the fictitious claims of the investment banks as expressed by foreclosure mills who imply their representation of some placeholder intermediary that has absolutely no interest in any homeowner transactions and who does not receive any proceeds of foreclosure.

In a recent exchange of emails with him (we correspond somewhat regularly) he wrote something that expresses something better than I have ever been able to articulate:

To argue that every fact in the chain of documents must be verified on personal knowledge as a practical matter is insanity.

Similarly, to argue that anyone bearing the self-appointed title of “custodian of records” must be believed or that any negotiable paper is itself self-authenticating is insanity.

Of course, over the course of history shorthand ways of establishing authenticity became established, but in the past decades what has been happening with mortgages tied to promissory notes has radically changed, making the prior shorthand rules no longer valid.

There is a middle ground upon which the Mattos and Behrendt decisions can be reconciled. I sensed that “trustworthiness” was what was surfacing as the underlying touchstone in the reasoning in the newest cases.

Of course, legal reasoning is still in its infancy and Nakayama and Rechtenwald will never understand, if for no other reason than change is psychologically difficult to adjust to especially in older folks, which is why I am predicting that the others will fold unless an incredibly successful effort is made at the oral arguments to explain why robosigners and false authentications and $600 Billions in regulatory fines and lender admissions in the AG settlement makes the underlying difference.

Ultimately, for thinking jurists it also comes down to policy considerations.

There is plainly too much sloppiness and fraud on the lenders’ side, which has generated — via unquestioning judicial decisions — an intolerable lack of respect for the judiciary, appearing to be rubber-stamping collection agency letters for crooks.

For me, Mattos (later Behrendt) was the equivalent of the Miranda Rule for securitized trust foreclosure cases, placing the burden on lenders to police and straighten up their own paperwork.

Courts meanwhile are always concerned about rules that require more court time which in this area is always in the minds of judges whether expressed or not at oral hearings.

It is therefore always a hobgoblin in such instances for judges to look for simple ways of cutting case backlogs, considering for instance that many times half the cases in our circuit courts have been foreclosure cases.

Not only must it therefore be emphasized that court time needed will be minimized if lenders follow the rules of evidence, but that we are dealing here with equity and justice as well as resource allocation in this age of judicial administration that understandably has propelled judges to become bureaucrats as well to keep our courts working for everyone.

Wouldn’t it be interesting if the courts returned to skepticism in “documents only” claims for relief in court? What if the judge asked who was intended to receive the proceeds of foreclosure if it was granted? What if the judge required the named claimant to state unequivocally that value had been paid for the underlying obligation and that the named claimant, whoever it is, was losing money as a direct result of some action or inaction of the homeowner? Such questions and requirements — always previously in effect, directly or indirectly — would eliminate virtually all claims of foreclosure and all defenses. What better way to conserve judicial resources?