IF you don’t know your rights you don’t have any rights! Learn how to win Pro Se with the How to Win in Court Education program

“The federal rules reject the approach that pleading is a game of skill in which one misstep by counsel may be decisive to the outcome and accept the principle that the purpose of pleading is to facilitate a proper decision on the merits.” The court also cited Rule 8(f) FRCP, which holds that all pleadings shall be construed to do substantial justice. Davis v. Wechler, 263 U.S. 22, 24; Stromberb v. California, 283 U.S. 359; NAACP v. Alabama, 375 U.S. 449  “The assertion of federal rights, when plainly and reasonably made, are not to be defeated under the name of local practice.” Elmore v. McCammon (1986) 640 F. Supp. 905  “… the right to file a lawsuit pro se is one of the most important rights under the constitution and laws.” Federal Rules of Civil Procedures, Rule 17, 28 USCA “Next Friend”  A next friend is a person who represents someone who is unable to tend to his or her own interest. Haines v. Kerner, 404 U.S. 519 (1972)  “Allegations such as those asserted by petitioner, however inartfully pleaded, are sufficient”… “which we hold to less stringent standards than formal pleadings drafted by lawyers.” Jenkins v. McKeithen, 395 U.S. 411, 421 (1959); Picking v. Pennsylvania R. Co., 151 Fed 2nd 240; Pucket v. Cox, 456 2nd 233  Pro se pleadings are to be considered without regard to technicality; pro se litigants’ pleadings are not to be held to the same high standards of perfection as lawyers. Maty v. Grasselli Chemical Co., 303 U.S. 197 (1938)  “Pleadings are intended to serve as a means of arriving at fair and just settlements of controversies between litigants.

They should not raise barriers which prevent the achievement of that end. Proper pleading is important, but its importance consists in its effectiveness as a means to accomplish the end of a just judgment.” NAACP v. Button, 371 U.S. 415); United Mineworkers of America v. Gibbs, 383 U.S. 715; and Johnson v. Avery, 89 S. Ct. 747 (1969)  Members of groups who are competent nonlawyers can assist other members of the group achieve the goals of the group in court without being charged with “unauthorized practice of law.” Picking v. Pennsylvania Railway, 151 F.2d. 240,

Third Circuit Court of Appeals The plaintiff’s civil rights pleading was 150 pages and described by a federal judge as “inept”. Nevertheless, it was held “Where a plaintiff pleads pro se in a suit for protection of civil rights, the Court should endeavor to construe Plaintiff’s Pleadings without regard to technicalities.” Puckett v. Cox, 456 F. 2d 233 (1972) (6th Cir. USCA)  It was held that a pro se complaint requires a less stringent reading than one drafted by a lawyer per Justice Black in Conley v. Gibson (see case listed above, Pro Se Rights Section).  Roadway Express v. Pipe, 447 U.S. 752 at 757 (1982)  “Due to sloth, inattention or desire to seize tactical advantage, lawyers have long engaged in dilatory practices… the glacial pace of much litigation breeds frustration with the Federal Courts and ultimately, disrespect for the law.”  Sherar v. Cullen, 481 F. 2d 946 (1973)  “There can be no sanction or penalty imposed upon one because of his exercise of Constitutional Rights.” Schware v. Board of Examiners, United State Reports 353 U.S. pages 238, 239.  “The practice of law cannot be licensed by any state/State.” Sims v. Aherns, 271 SW 720 (1925)  “The practice of law is an occupation of common right.”

Nowhere can be found a competent attorney that is able to execute the proper remedy without embarrassing the Court, Corpus Juris Secundum 2d Vol. 7 section 25.  Argersinger v. Hamlin, 407 U.S. 25 that, No accused may be deprived of, his liberty as the result of any criminal prosecution, whether felony or misdemeanor, in which he was denied assistance of counsel.  At the present time, Bar Attorneys (Public Vessels) are not Assistance of Counsel and defense is severely limited by being represented by an attorney since the Texas Code of Professional Conduct permits a defendant to have only four choices of input in his defense, 1) what plea to enter, 2) whether to testify, 3) whether to appeal, and 4) whether to opt for a jury trial. Best said a “trial by jury”.

For more information on how to enforce your Pro Se rights get the how to win in court course here: https://www.fraudstoppers.org/education/ 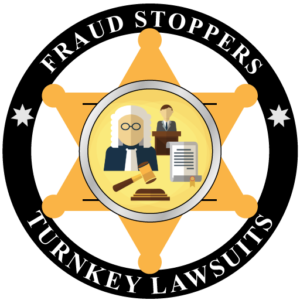 Cases like the Glaski v. Bank of America and Jesinoski v. Countrywide Home Loans may have provided hope for homeowners who were victims of mortgage and foreclosure fraud. But they did not strike at the heart of the real problem behind the securitization of millions of mortgage loans.

The Glaski decision states that if some entity wants to collect on a debt they must first legally own that debt. Furthermore, if that entity is claiming ownership by way of an Assignment, it must prove that Assignment is legally valid.

The Jesinoski case addressed a borrower’s right to rescind, or cancel, their mortgage loan contract under the Truth in Lending Act (TILA) by only providing written notice to the lender, without filing suit. A loan is rescinded at the time the rescission letter is mailed. If the lender wants to refute or fight the rescission they must file an action to do so, and they have limited time to do so.

If your mortgage was securitized (the practice of pooling mortgages and selling their related cash flows to third party investors as securities) then it was part of a table funded transaction. In a table funded transaction the borrower named on the note is NOT in debt to the lender (“Pretender Lender”) because they signed the note in the capacity of an Accommodation Party, or co-signer for the purpose of incurring liability on the instrument without being a direct beneficiary of the value given for the instrument!

It is illegal for banks to loan credit, they can only loan money!

But if the Pretender Lender is not the entity putting up the funds, then there is no underlining indebtedness between the alleged “Borrower” and the originator who is named on the note. And if there is no underlining indebtedness between the parties named on the note, then the mortgage (or deed of trust) vaporizes into nothingness, and is legally unenforceable as a matter of law.

If your mortgage loan contract was part of a table funded transaction and converted into a mortgage backed security that was sold to an investment vehicle, or trust, on Wall Street, then you may have legal standing to rescind your mortgage loan contract, and sue your “Pretender Lender” for Special Damages equal to triple the original amount of your note, plus clear and equitable title to your home!

Let our licensed Private Investigator, who specializes in mortgage fraud and chain of title issues, review your loan and foreclosure documents to determine what causes of action your loan qualifies for; for FREE!

Then after our free mortgage fraud analysis is done, we can scheduled a free potential cause of action consultation to discuss your loan and lawsuit in detail and help you get started filing your state and federal lawsuit for the remedy that the law entitles you to, and that you deserve!

You can save 60% to 70% in legal fees when you get your lawsuit started yourself, Pro Se, (without an attorney), and then bring in a local attorney to help you at trial, where you need them the most! This way you can get the best of both worlds: Save money in legal fees, and get the professional help you need at the same time!