Nominating Mnuchin for Treasury Will Dredge Up Mortgage Meltdown Controversies 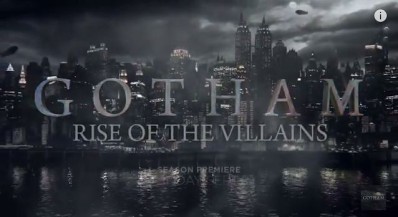 Is Oswald Chesterfield Cobblepot, Mayor of the city of Gotham, on Trump’s list?

Dubious lending practices. Bailouts. Foreclosures. Robo-signing. Huge executive paydays. If Steven Mnuchin is nominated for Treasury secretary, his confirmation process promises to dredge up every controversy of the U.S. mortgage meltdown almost a decade ago.

Mnuchin is a former Goldman Sachs Group Inc. partner and movie financier with no government experience who spent the past six months working as Donald Trump’s chief fundraiser. Trump’s transition team recommended Mnuchin for the Treasury job, people with knowledge of the matter said last week, and a decision could come any day. The part of his background that’s likely to get the most scrutiny is the six years he spent running OneWest Bank, a Southern California lender.

In 2009, during the depths of the financial crisis, Mnuchin joined with a group of former Goldman Sachs colleagues and billionaires to buy the remnants of IndyMac, which had collapsed after bingeing on reckless home loans during the frenzy of California’s subprime-mortgage boom. They changed the name to OneWest, turned it around and sold the bank for a big gain last year. Mnuchin may have personally gotten more than $200 million in proceeds from the sale, according to Bloomberg calculations. That doesn’t count any dividends or payments he might have received as chairman and chief executive officer of OneWest’s parent company.

The bank carried out more than 36,000 foreclosures during Mnuchin’s reign, according to the California Reinvestment Coalition, a San Francisco-based nonprofit whose deputy director, Kevin Stein, dubbed the bank a “foreclosure machine.” The group has accused OneWest of shoddy foreclosure practices and avoiding business in minority neighborhoods, claims the bank has denied.