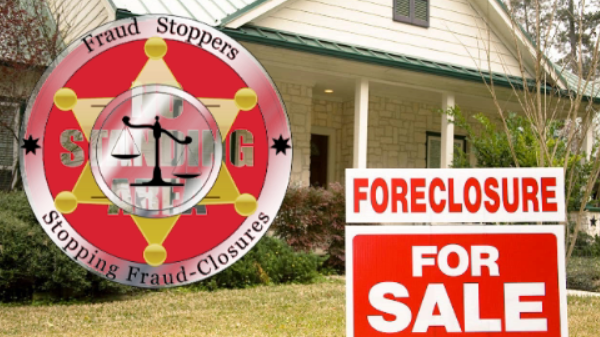 This new case was decided by the United States Supreme Court about 3 weeks ago. It is extremely interesting on many levels. Basically the court was trying to shoot down the standing of consumers who were wronged by illicit behavior by the credit bureaus. And the court succeeded as it always does because it is the final word. they did that. But they also created a change in judicial doctrine that is now the law of the land.

This change doesn’t serve as a magic bullet by which all foreclosures will go away — but it comes awfully close in is effect. It strengthens the argument considerably that the current pleading standards in use violate law — i.e., current approved forms for pleading foreclosure are insufficient to establish standing to foreclose.

Specifically, implied or hypothetical damages arising from the failure to receive a scheduled payment is no reasonable substitute to asserting — on the front end of foreclosure proceedings — that the identified claimant has suffered financial injury because the scheduled payments were due to the claimant; they were injured therefore by the homeowners breach of a promise to pay the claimant. That is the pleading requirement in all other civil cases. It just isn’t the pleading requirement for a foreclosure.

The absence of such pleadings violates at least the intent of what SCOTUS asserted as new doctrine in this case. So in the application for TRO in nonjudicial case or motion for dismissal or motion for more definite statement in judicial case, lawyers now have a stronger argument for saying they should not be required to respond to a complaint that does not assert concrete injury in fact caused by a breach of duty by their client where the duty was in fact owned to the claimant.

If that works, the Wall Street goose might be cooked. If they can’t imply the injury in fact caused by the homeowner and suffered by a real person, then they lose their most essential tool. They lose ability to wear down the homeowner without ever having a real claim and then losing only a small percentage of cases that are quickly buried after years of litigation.

Here are some of the quotes I found most interesting from the court. It seems that by cutting off the liberal way fo thinking about “damages” they also cut off the protrusion of the investment banks who faked their entry into the lending marketplace.

TransUnion LLC v. Ramirez, No. 20-297, at *12 (June 25, 2021)
As Spokeo explained, certain harms readily qualify as concrete injuries under Article III. The most obvious are traditional tangible harms, such as physical harms and monetary harms. If a defendant has caused physical or monetary injury to the plaintiff, the plaintiff has suffered a concrete injury in fact under Article III.

TransUnion LLC v. Ramirez, No. 20-297, at *13 (June 25, 2021)
this Court has rejected the proposition that “a plaintiff automatically satisfies the injury-in-fact requirement whenever a statute grants a person a statutory right and purports to authorize that person to sue to vindicate that right.” Spokeo, 578 U. S., at 341. As the Court emphasized in Spokeo, “Article III standing requires a concrete injury even in the context of a statutory violation.” Ibid.
TransUnion LLC v. Ramirez, No. 20-297, at *14 (June 25, 2021)

Therefore, we start with the text of the Constitution. Article III confines the federal judicial power to the resolution of “Cases” and “Controversies.” For there to be a case or controversy under Article III, the plaintiff must have a “‘personal stake'” in the case—in other words, standing. Raines, 521 U. S., at 819. To demonstrate their personal stake, plaintiffs must be able to sufficiently answer the question: “‘What’s it to you?'” Scalia, The Doctrine of Standing as an Essential Element of the Separation of Powers, 17 Suffolk U. L. Rev. 881, 882 (1983).

To answer that question in a way sufficient to establish standing, a plaintiff must show (i) that he suffered an injury in fact that is concrete, particularized, and actual or imminent; (ii) that the injury was likely caused by the defendant; and (iii) that the injury would likely be redressed by judicial relief. Lujan v. Defenders of Wildlife, 504 U. S. 555, 560-561 (1992). If “the plaintiff does not claim to have suffered an injury that the defendant caused and the court can remedy, there is no case or controversy for the federal court to resolve.” Casillas v. Madison Avenue Assocs., Inc., 926 F. 3d 329, 333 (CA7 2019) (Barrett, J.).