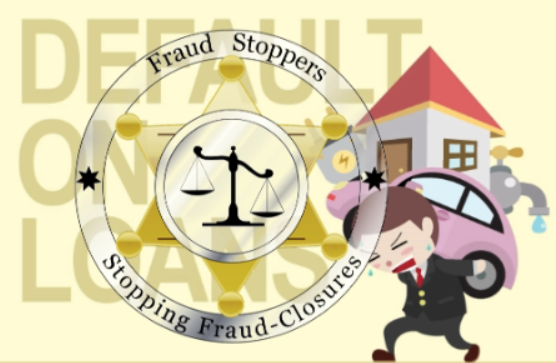 NOTE: BE AWARE THAT WELLS FARGO AND OTHERS MAY HAVE PUT YOUR TRANSACTION IN A FORBEARANCE PROGRAM WITH UNKNOWN TERMS.

I think that the banks have unfairly benefited from assumptions regarding the connection between the cessation of payments by homeowners and the existence of a default.

I think that there are elements of a default that we have never had to think about before.

The first element, in my opinion, is that somebody must have suffered a loss or injury

The third element is that the Duty must be owed to them by the person who breached the duty.

If you don’t have both elements, I don’t think you have a default, nor do I think that anyone has the authority to declare one.

When this thing began we didn’t know if cessation of payments has actually produced an injury or loss. now we know.

There is no correlation between cessation of payments and any injury or loss to any party. In fact, my analysis reveals that no such loss or injury occurs.

Going further, my analysis strongly indicates that payment has been received directly and indirectly multiple times without being credited to any asset account in which a homeowner obligation is held as an asset. And the reason is simple — there is no such account anywhere. How can there be a default?

One thing you may not know about me is that long ago I literally taught auditing under generally accepted accounting principles when I received my Masters in Business Administration. A guy by the name of Abraham Briloff wrote a book called Unaccountable Accounting back then. I actually have the right to republish it granted by his daughter. He accurately predicted this situation because of changes that were being allowed in the rules. But some things don’t change and haven’t changed.

Perhaps because of my background on Wall Street I have always seen this as an accounting problem more than a legal problem. In accounting, the approach is very straightforward.

If a company wants to claim ownership of an asset, it will have an entry on its balance sheet either for that asset or for a category that includes that asset. If the company does not report that item as an asset it is not legally claiming ownership of it. And if it does not claim that item as an asset it has no account to post deductions as a result of payments or offsets.

And if the company makes a claim anyway in court or out of court it is making a false statement. While there is probably nothing to prevent it from alleging the claim, and there may be presumptions that theoretically could support the claim, they cannot legally recover on the claim if it is challenged. There are several legal reasons for this result: lack of jurisdiction, failure of condition precedent etc.

There is only one way for an item to appear on the balance-sheet of any person or company. There must be a transaction on the general ledger in which the company has paid for the asset. Under Double Entry bookkeeping, this would be shown as a deduction from some other asset like cash in exactly the same amount as the addition of the new asset. In the world of securitization no such transaction exists. And the reason that it doesn’t exist is because nobody wants to be called the lender because that would result in potential liability for violation of lending and servicing laws.

The purpose of an auditor is to determine whether or not that asset exists in accordance with generally accepted accounting principles as now published by the Financial Accounting Standards Board. Unless the auditor finds objective proof is that a transaction occurred on the general ledger which is backed up by actual proof of payment, sales receipt Etc, the posting of the asset on the balance sheet by management will be removed or the auditor will refuse to issue a clean bill of health for the audit, stating that the financial statements do not comply with generally accepted accounting principles.

Legally I think we have all committed a grave error by admitting or ignoring the allegation of a default and not challenging it aggressively, we are inherently admitting the status and ownership of the debt and therefore inviting the inevitable foreclosure result.

Starting in 2006 I said that the expert that people needed was not a securitization expert like me but a CPA who specializes in forensic auditing. This is a person who could specifically state that the loan was not an asset on the books of the claimant and that the claimant suffered no injury or loss as a result of anything that the homeowner did or didn’t do. I had some extensive talks with the prestigious accounting firm in Tucson Arizona which almost resulted in the marketing of these services. They backed out when Bank of America retained their services and created a conflict of interest.