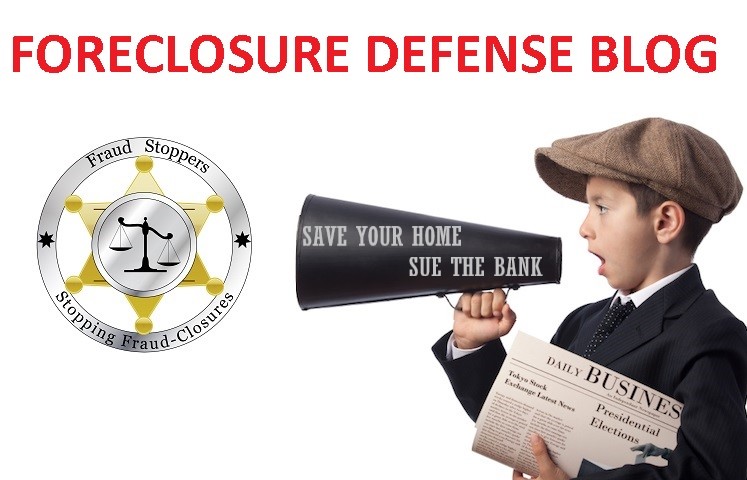 WHAT IS A SERVICER ADVANCE? According to Ocwen it has zero credit risk and is not really an advance

One place where securitization players and foreclosure players don’t lie is in reports that are formally filed with the SEC. So in my research, I found a document in which Ocwen describes itself and which is subject to judicial notice because it is a government document downloaded from the Sec.gov website. The filing of 8k and other reports required by securities laws and regulations is an official act. It is a sworn representation by the issuer (Ocwen here) that the facts being presented are accurate and true on penalty of going to jail. Here we see a filing that identifies the people who would go to jail if the facts were not at least arguably accurate.

THIS IS ALSO A MENU OF INDIVIDUALS WHO COULD BE SUED INDIVIDUALLY FOR PARTICIPATING IN FRAUDULENT, NEGLIGENT ENTERPRISES AND WRONGFUL FORECLOSURES.

So for court purpsoes only they upload as much as they can to the SEC.gov website — and then download it with “sec.gov” in the heading. Then they produce it as a governent document (which it isn’t) and ask for judicial notice. Without opposition, the judge grants the motion for judicial notice and that practically means the case is over.

Most pro se litigants don’t know what judiclal notice is and most lawyers and homeowners take it for granted that they can’t oppose judical notice for a governemtn document. they forget to inquire whether that IS a government document and in virtually ALL cases, it is not a govenrment document — and therefore (1) it is not subject to judicial notice and (2) the attempt to use it as such is subject to a motion for contempt and sanctions — if you file the motion. This is another example of how the banks are using pure fabrications and weaponizing civil procedure to support their thieving scheme.
see https://shareholders.ocwen.com/static-files/24390846-8787-4a36-9c30-53b5b5f0a0e5
OCWEN 8K 0001193125-13-015500

Note that this is a “Lender’s Presentation.” That means it is a presentation to prospective lenders. Any lies would be subject to criminal prosecution not only for violations of securities laws but also for bank fraud.

Take a look at this from Ocwen’s 8k report to the SEC in 2013: Note how the filing is devoid of any representation that Ocwen is a lender, successor lender, or attorney in fact for anyone.
Note how Ocwen is basically always teetering close to bankruptcy because it has very few assets and maintains a business plan that is always based entirely on income from “servicing.”
Note how on page 20 they represent Ocwen, BOA servicing, Chase servicing, Saxon Servicing, Litton Servicing, and HomeEq Servicing to all be the same thing.

THEN ON PAGE 36 THEY ANSWER THE QUESTION: WHAT IS A SERVICER ADVANCE?

1. Note that they use the word “advance” in quotes, just like I did here. That is because if they said it was an advance they could be lying. There is no advance. This is a cover-up for the fact that there is no loss to anyone when scheduled payments are not paid by homeowners. So there is no need for any advance, much less by a “servicer”. No company would accept responsibility for making such advances. Imagine if your bookkeeper said “That’s ok, if they don’t pay you, I will.” Imagine the fees that would need to be paid for any company to incur such liability. Imagine insurance and reserve deposits required. None of those things exist.

2. So the advance does not come from Ocwen’s balance sheet and it actually does not exist. This is cover for the Master servicer putting in a claim for nonexistent advances. All payments to creditors of the securities brokerage firm (i.e., investors who purchased uncertificated certificates) are made from a huge such fund that is referred to in other documents as a reserve pool which consists of (1) proceeds from the sale of the certificates (2) money deposited with permission of the stockbroker who started this scheme including money received from homeowners and (c) proceeds of sales from other similar schemes. It is all commingled and obviously, this has nothing to do with any homeowner (aka “borrower”).

3. Next, they say that “servicers incur funding costs on these non-interest bearing advances but do not bear credit risk.” Translation: there is no advance. But we claim funding costs in order to get paid for pretending that servicer advances are real thus justifying fees for nonexistent services.

4. Next, they say that “Advances are recoverable at the ‘top of the waterfall’ first from proceeds at a loan level, and then if those funds are insufficient, from cash collected from other loans in an RMBS trust.” Translation: Advances are recoverable but not by Ocwen. It never sees that “recovery.” The money is taken first from “a loan level.” which means it could be any loan. That is reinforced by the remaining words which refer to other loans in any RMBS trust. And that is why I say that there is no loss to anyone in any individual loan. It’s impossible. As long as there is money anywhere from investors, homeowners, or insurance for the certificates, everyone gets paid. So far there has always been money available not only to make all payments to everyone but also to for exceedingly high profits like what we saw with Goldman Sachs in 2009 when they forced the AIG bailout not to cover losses, but rather to cover additional profits.

5. And lastly, they make the silly statement that “A servicer” can ‘stop advance’ if it believes that an advance will not be recoverable from the borrower.” This is silly because first of all there are no advances except from other people’s money with which Ocwen has no control. Second, because recovery from a borrower is irrelevant as described above. This statement is made solely as part of the coordinated illusion created by the stockbroker (aka investment bank) that started the scheme. It is made to reinforce the false representation that there are any loans, that there is any loan receivable account on the ledgers of anyone, and that therefore those accounts need servicing.