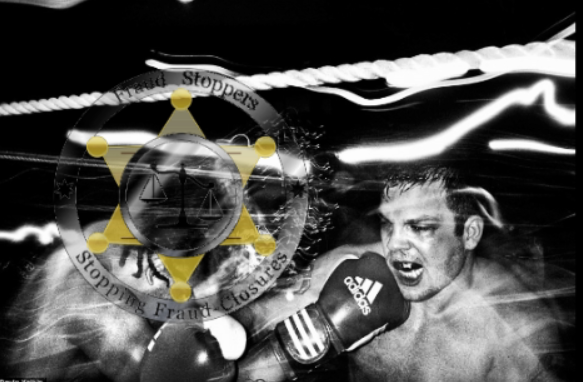 When presented with a situation in which a court has ordered mediation or where a proposed modification has been offered, practitioners (lawyers) should be asking themselves what they would do if they knew for a fact that all of the correspondence, notices and proposed agreements were coming from a party who neither owned the alleged debt, relating to an obligation that did not exist or no longer existed, and who did not have any grant of legal authority from any creditor who even claimed to own an account receivable bearing the name of the homeowner.

The answer is obvious. No practicing attorney would accept such a circumstance. To do so would be malpractice of the highest order — pushing clients into a loss of the biggest investments in their lives.

So the next step is to ask whether the lawyers have made sufficient inquiries, performed sufficient research, and performed sufficient analysis to assure that the proposed modification relates to an existing obligation of the homeowner, as legally represented by companies claiming to be “servicers,” acting on behalf of the owner of the account receivable.

This article is the result of an analysis of a proposed modification agreement on a homeowner transaction originated by Bank of the West and currently involved NEWRez, PHH and Ocwen names being used as implied representations that those companies are authorized servicers.

Proposed Modifications represent one of many opportunities that are presented for homeowners to set the self-proclaimed servicer back on its heels and force a settlement if the homeowner pursues the issues with confidence and persistence. These opportunities are often concealed behind smoke and mirrors.

Another example is mediation where the named successor to the lender is required to appear and doesn’t. Or where the order for mediation requires the presentation of a party who possesses the authority to settle the matter without making a phone call. No such person is ever presented.

The bottom line here is that the homeowner is being coerced, under duress, to execute a document that waives important rights to compensation due to the homeowner, and waives important rights to challenge the existence, ownership and authority over the alleged debt or underlying obligation as stated in Article 9 §203 of the Uniform Commercial Code.

The parties involved in this proposed modification are basically a snowstorm of names without any entity having authority to administer, collect or enforce any alleged debt from the homeowner, even if one exists (which in this case is doubtful).

Reading the correspondence and proposed agreement we see the names New Rez, PHH and Ocwen referenced, none of whom claim or warranty to be authorized agents or servicers for an identified creditor who owns the account receivable bearing the name of the homeowner.

Because of the threat of foreclosure, I strongly recommend the engagement of local counsel who can make inquiries and upon receiving no satisfactory answers can immediately file a Petition for TRO or Inunction, to wit: a pretender is coercing the homeowner into signing an agreement that binds no lender and waives important contractual statutory and civil rights. Sending a QWR, DVL, and complaint to the CFPB and State AG could be very helpful at this juncture in time.

Absence of “lender.” The word “lender” is used but nobody is identified as the lender. This means that only the homeowner is identified as a party to the agreement. Under contract law that is no contract at all because a contract with only one party identified is not a meeting of the minds, nor can consideration pass from one party to another — because there is no other party.

But the absence of any reference to BOW in the recent correspondence and proposed modification strongly indicates that they have been paid off completely and have no further right, title or interest to any part of the transaction in which the homeowner executed a note and mortgage, among other documents.

It would be appropriate to send a QWR and DVL on this point that simply asks for the identity and contact information of the “lender” that is mentioned in the modification agreement. It might also be wise to ask for the basis of any authority of the many players posing as servicers.

It is doubtful that any such authority exists because it is probable that the loan account has been extinguished as a result of payments received from investors who purchased securities that were indirectly related or a data reference to the reports of “performance” of the BOW transaction with the homeowner.

This is a typical ploy in which various dubious parties — NewRez, PHH, Ocwen etc. have their names bandied about but nobody makes any representation of authority. Standard custom and practice in a loan modification agreement would be to recite the authority and basis of the authority of the parties entering into the agreement. In this case, the homeowner is invited to sign an agreement with a company that is a self-proclaimed servicer for an unknown lender who probably no longer exists.

No bank of any size would accept such an agreement as evidence of anything. All investors or financial institutions require representations of ownership and authority and the existence of the alleged debt. In many cases, they include a provision that such representations are subject to independent confirmation by the bank. None of that is present here. There are no such warranties of authority nor any basis to confirm such authority.