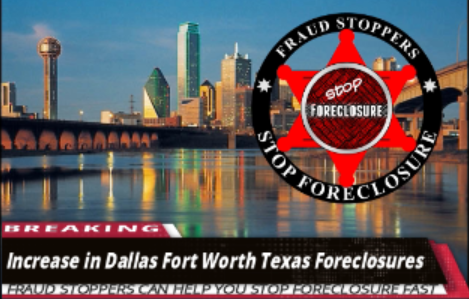 According to new data there is a rise in Texas Foreclosures. Nationwide home foreclosure starts were at a 13-year low in 2018. But in North Texas home foreclosure filings inched up after seven straight years of declines, according to a new report by Attom Data Solutions. In 2018, foreclosure actions were started on 7,295 D-FW area homes — up 4 percent from 2017 levels, Attom Data Solutions found. Still, the number of actual homes sold at foreclosure in North Texas declined since not all the properties threatened with forced sale were traded. Nationwide foreclosure filings last year were down 8 percent for the year and were 78 percent below where they were during the worst of the housing market crash in 2010. D-FW Texas Foreclosures filings in 2018 were 77 percent below where they were during the recession. “Plummeting foreclosure completions combined with consistently falling foreclosure timelines in 2018 provide evidence that most of the distress from the last housing crisis has now been cleaned up,” Attom Data Solution’s Todd Teta said in the report. “But there was also some evidence of distress gradually returning to the housing market in 2018, with foreclosure starts increasing from the previous year in more than one-third of all state and local housing markets.” Read more