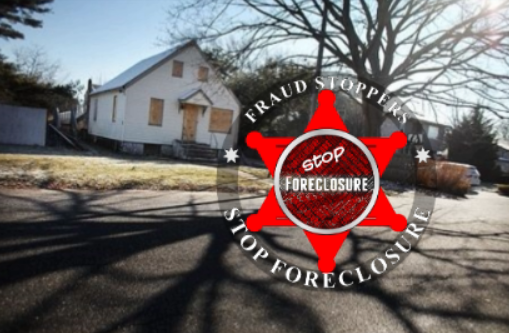 Homeowners: Where is the OUTRAGE?

Homeowners have been brainwashed into thinking that there was never anything wrong with their “loan” transction at the beginning, in the middle or in the end when they lose their house. So the collective homeowner action requried to break the grip of Wall Street never materializes. In this article I reveal what you are missing.

The benefit of refinancing for Wall Street is simple. They sell $2 Billion worth of “certificates” on the data from the origination of the first transaction with the homeowner. Then without disturbing the first securitization structure the offer to refinance which means new data. The new data is then the subject of a new sale for $2 Billion in “certificates”. If the securitization had been on the debt none of what is described below could ever have occurred and the normal attributes of a loan transaction would have been maintained with the balancing of risks and rewards.

[PRACTICE NOTE: the law in all US jurisdictions is contrary to the current practices, forms and procedures used in most foreclosure attempts today. Those laws were derived from centuries of consideration and experimentation. Even cursory research reveals that no enforcement of a lien is permitted without the claimant having paid value for the underlying obligation.

The courts are inclined to presume that the added protection contained in Article 9 § 203 of the Uniform Commercial Code has been satisfied. Most homeowners and their lawyers are afraid to ask. But if you do ask, you will find that there is no secondary or corroborative evidence that value was paid for the underlying obligation. The absence of evidence does not prove that no value was paid. But the unwillingness of the foreclosure mill to respond, servers as a basis for evidentiary sanctions that bar the foreclosure mill from introducing evidence of the existence, ownership or a right to administer, collect or enforce the alleged debt, note or mortgage.]

If there is a third, fourth and fifth round of securitization based upon data that is based upon the first deal only, the profits of the investment bank rise to many multiples of the first deal, which is the only deal in which money is paid out to homeowners. And in some cases that is exactly what happened — after paying out $1.4 billion to homeowners, the investment bank ended up with direct profits of more than $10 billion — all without ever becoming the lender in a regulated loan transaction.

Then you have the derivatives sold whose value is based upon the “value” or “performance” of the certificates that were sold. You can easily see why some brokerage houses were ensnared by leveraging since they were, for the first time, leveraging revenue. By borrowing 42 times the net worth of Bear Stearns, management thought they would be making hundreds of billions of dollars. And they would have if the fake trading market for certificates had not come to a grinding halt in 2008. Instead, the selling of new certificates and derivatives topped, and like any Ponzi scheme so did the “Business.”

And who made all of this possible? Gullible investors that included homeowners and pension funds. At least the managers of pension funds and other stable managed funds knew they were investors. Homeowners were kept in the dark. They never knew that their role was critical and essential to starting any securitization scheme and so they never asked for anything in return. How much revenue did the investors ever see or receive from this scheme? Zero. Investment banks had inverted their role from being a broker to becoming the de facto principal without any of the liability of being a principal.

Explaining this to the normal average homeowner is a virtually impossible task and that is why there is no collective outrage from homeowners except the self-destructive outrage against themselves. They’re left paralyzed by the deceit, the shame, the guilt and the moral belief that anything they do against the “enforcement” of their “debt” is wrong. It also explains why homeowners see no benefit in spending money on lawyers and defenses. they are convinced, despite evidence to the contrary, that they have no defense.

How to Fight Against Illegal Foreclosures

How you can make the system work against the banks in foreclosure cases.

Among the people who litigate Foreclosure cases on a regular basis, it is well known that the alleged “trustee” of the implied trust possesses neither knowledge nor control over the foreclosure proceeding. In addition, neither of the “trustee” nor the implied trust is intended to receive the proceeds of the liquidation of the homestead property.

Recently a homeowner and her attorney contacted me regarding the viability of using a specific statute under the laws of the state of Florida. The statute specifically states who can sign and who cannot sign anything on behalf of the trustee or the trust.

While I have addressed this issue obliquely, the attorney, in this case, filed a specific motion to dismiss the entire action and a motion for summary judgment. It was a short motion that merely stated that lawyers representing the Foreclosure Mail failed to comply with the required acknowledgment and certification by the alleged plaintiff in a Florida judicial foreclosure action.

This produced an anomalous result. Normally the Foreclosure Mail is instructed to litigate to the very end regardless of the weakness of their position. The logic behind this instruction is that most homeowners will give up because of time, money or expense. The idea is to win by attrition.

The essential takeaway from this story is that this strategy employed by this attorney in Fort Myers Florida ended up shining an extremely bright light on a fake Foreclosure. Most homeowners and their attorneys make the key mistake of admitting or accepting the named “trustee” and the named trust as being real parties in interest who had authorized the Foreclosure Mill to proceed with legal action to force the sale of the homestead property.

The mistake is compounded by the assumption that when the homeowner loses the case, the proceeds from the sale of the subject property are paid to either the trustee or the trust. This results in the absence of any investigation or research into what happens after the judgment is entered. As Charles Koppa has repeatedly suggested, the activity after judgment or after-sale reveals the true nature of both the transaction and the alleged foreclosure proceeding — a process conducted for profit instead of restitution for an unpaid debt.

Of course it is possible that the investment banks want to direct us or distract us into this type of conversation which appears more philosophical than based in real world events or established law and procedure. But I can tell you as a point of fact that the real problem that the banks do not ever want to see debated or discussed is how much money they still owe homeowners, instead of the mythological underlying obligation for a transaction that is still only partially completed.