How to use “Unpublished” Opinions 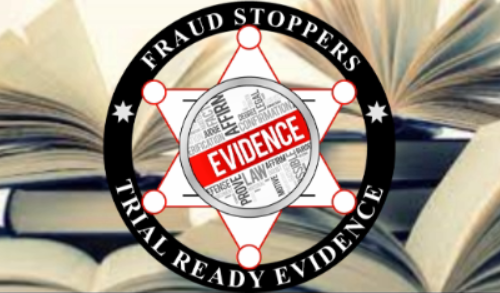 How to use “Unpublished” Opinions

One of the peculiar aspects of foreclosure litigation over the past two decades has been the overuse (by appellate courts) of instructions not to publish opinions that favor homeowners in litigation. So the homeowner wins in that case but other homeowners and their attorneys probably never hear about it.

This means that another homeowner who is fighting with exact same parties on an identical claim can lose and even have the case affirmed per curium (all in agreement) even though the same court on the same facts decided exactly opposite in the other case.

People are noting this phenomenon and asking me what to do about it.

This is true and I think (opinion here, not established fact) it reveals the fear of the courts that if they undermine the securitization infrastructure they will be taking down the entire financial system and society with it. That threat of Armageddon is both not corroborated by any evidence and completely untrue. Other than the threat itself (from Wall Street), there is no reason to believe it.

We have been through plenty of crashes where the securities brokerage firms went up in flames. We now have more than 7,000 community banks and credit unions and Savings and Loans all connected to the exact same EFT backbone in the exact same way as any of the big banks. If the big ones fail, it will hurt their shareholders and help competition in both commercial banking and investment banking. After the initial scare is over it will be like a smoke bomb.

The far greater threat is the corrupt, illegal, and immoral effect that no-risk “lending” is having on the actual lending industry in which there is no competition because there is no lending — and asset prices that have been driven wildly into bubble land on the theory, always wrong so far, that market conditions can be maintained forever without reference to any intrinsic (generally accepted) value.

This dovetails with my article on denial of access to representation of an attorney in court. By chilling any such access, challenges to illegal, unfair, and unconscionable lending practices go unchecked and produce brand new industries whose business plan depends upon moral hazard and getting away with it. And by total “coincidence” the bar associations, CFPB and FTC have chased away any lawyer that consistently wins in court for homeowners faced with illegal and fraudulent “foreclosure” claims that are entirely based upon forgery, false testimony and fabricated documents containing false information and false implications.

The appellate courts generally conform to the following practice: they only rule for homeowners when they can’t avoid doing so. But when they do, they often refuse to publish it. My suggestion is that unpublished opinions favoring the homeowner should still be used. The fact that they are not published diminishes but does not entirely eliminate their persuasiveness. Also, a motion could be filed demanding that the court publish the opinion. If granted, this would make it more persuasive and even binding on courts in the circuit or district in which the opinion was rendered.

You can download some winning foreclosure cases and winning quiet title lawsuits, published and unpublished, at https://fraudstoppers.org/wp-content/uploads/WINNING-CASES-1000-PAGES.pdf