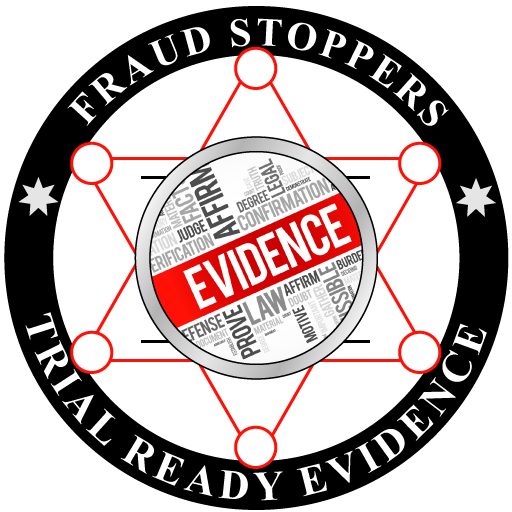 Another analysis just completed for a client: The situation is that the homeowner sent a notice of rescission under the TILA Rescission Statute 15 U.S.C. §1635 within days of having “consummated” the loan agreement. By statute that notice of rescission canceled the loan agreement and substituted in place of the loan agreement a statutory scheme for repayment of the debt which is NOT void. The notice of rescission only voids the written note and mortgage, it does not void the debt. The free house argument is pure myth.   The client goes on to ask how we can prove when the transactions occurred and who were the parties to those transactions and when they occurred. The answer is that you will never prove that. But you can raise an inference that the claimant is not the owner of the debt who has paid and retains value in the debt such that a successful foreclosure will not be used for restitution of an unpaid debt.

By undermining the presumptions arising from possession of facially valid and recorded documents you eliminate the ability of your opposition to use legal presumptions and thus require them to prove their case without those presumptions. The simple truth is that generally speaking they can never prove a case without legal presumptions. Once the presumptions are gone there is no case.   Here is my response: It sounds like you are on solid ground. But as you probably know trial judges and even appellate judges and justices bend over backwards to either ignore or rule against the notice of rescission and its effect. For a long time, the bench has rebelled against the Truth in Lending Act generally.

They rebelled against TILA rescission viscerally. Despite the unanimous SCOTUS decision in Jesinoski both the trial and lower appellate courts are unanimous in opposition to following the dictates of the statute and following the rule of law enunciated by SCOTUS. You must be extremely aggressive and confrontative in standing your ground.   As for the “free house” argument the answer is simple. There is no free house. unless you are seeking to quiet title, which I think is an unproductive strategy if you not on solid ground with TILA Rescission. You are only seeking to eliminate the current people from attempting to enforce the mortgage, collect on the note or enforce the note. The last point might be your weakest point (without rescission). Enforcement of the note under Article 3 of The Uniform Commercial Code is much more liberal the enforcement of the security instrument under Article 9.   It is actually possible that they could get a judgement on the note for monetary damages but not a judgment on the mortgage (without rescission in play).

They can only get a judgment on the mortgage if the claimant has paid value for the debt. of course all of this should be irrelevant in view of the rescission which completely nullifies the note and mortgage.   Education of the court is extremely important. There is no free house in rescission. The obligation to repay remains the same. That obligation is not secured by the mortgage which has been rendered void nor is it payable pursuant to the terms of the promissory note which was also rendered void by the rescission. the obligation under contract (loan agreement)is simply replaced buy a statutory obligation to repay the debt.

They had ample opportunity to comply with the statute and get repaid. They didn’t. That is no fault of the homeowner. If they want repayment of the debt they might be able to still get it. If they produce a claimant who has paid value for the debt and had no notice of the rescission and who regarded your current claimants as unlawful intervenors, the same as you, then it is possible but the court might allow the actual owner of the debt to comply with the statute and seek repayment of the debt.   At least that is what you will argue. You probably know that no such person exists. The ownership of the debt has been split from the party who paid value for it. So they probably don’t have anyone who qualifies. As for your last question about discovering the actual dates on which the debt was purchased pursuant to Article 9 § 203 of the Uniform Commercial Code, as a condition precedent to enforcement of the security instrument (mortgage or deed of trust), the answer is that neither the debt nor the note were ever purchased for value.

The whole point is that they’re saying that these transactions occurred when in fact they did not.   The only transaction that actually took place in which money exchanged hands is the one in which the certificates were sold to the investors. It might be successfully argued that the Investment Bank had paid the value for the debt so that is another possibility. If that argument succeeds then for a brief moment in time the Investment Bank was both the owner of the debt and the party who had paid value for it. But then it subsequently sold all attributes of the debt to the investors. the investors did not acquire any right title or interest directly in the subject debt, note or mortgage the only correct legal analysis would be that the Investment Bank retained bare naked title to the debt but had divested itself of any Financial interest in the debt. That divestiture generally occurred within 30 days from the date of funding the origination or acquisition of the loan.

So if you are looking for the dates of transactions in which money exchanged hands in exchange for ownership of the note you are not going to find them. but strategically you want to engage in exactly that investigation as you have indicated. there’s no need to hire a private investigator who will never have access to the money Trail starting with the investors in the Investment Bank. So your investigation would be limited to aggressive discovery. Your goal in discovery is to reveal the fact that they refuse to answer basic questions about the identity of the party who currently owns the debt by reason of having paid for it as required by article 9 section 203 of the Uniform Commercial Code as adopted by state statute.

This requires properly worded Discovery demands and aggressive efforts to compel Discovery, followed by motions for sanctions and probably a motion in limine. Since you have a notice of rescission within the 3-year time period, what you are actually revealing is that your opposition has no legal standing. Their claims to have legal standing are entirely dependent upon the loan agreement which has been cancelled by your notice of rescission. Unless they can now also state that they are the owners of the debt by reason of having paid for it, they are not a creditor or a lender. therefore they have no legal standing to challenge legal sufficiency of the notice of rescission nor any standing to seek collection on the debt. And they certainly have no legal standing to enforce the note and mortgage which have been rendered void according to 15 USC 1635.   Their problem now is that their only claim now arises from the TILA rescission statute — and all such claims are barred by the statute of limitations on claims arising from the Truth in Lending Act. That time has long since expired. It appears that no judge is going to like this argument even if it is completely logical and valid according to all generally accepted standards for legal analysis.

So you’re going to have to address the elephant in the living room. The fact remains that if you are successful, as you should be, you will end up with a windfall gain. The judge knows that and denying it will only undermine your credibility. The Counterpoint is that if your opposition does not own the debt by virtue of having paid for it pursuant to the requirements of statute then their attempt at foreclosure is really an attempt to generate Revenue. If the Foreclosure is not going to provide money for restitution of an unpaid debt it can’t be anything else other than Revenue.   In order to drill that point home you are going to need to argue, contrary to the judge’s bias, that not only is the current claimant not the owner of the debt by reason of having paid for it, but that the current claimant is not an authorized representative of any party who paid for the debt by reason of having paid for it and that the proceeds of foreclosure, if allowed, will never be used to pay down the debt. Again the only way you’re going to accomplish this is through very aggressive Discovery and motions.

Don’t attempt to prove the dates of transactions, the data for which is within the sole care custody and control of your opposition, and can be easily manipulated, if you only focus only on the paperwork. Don’t accept that burden of proof. The only way your opposition has gotten this far is because of legal presumptions arising from that claimed possession of the original note. you need to research those legal presumptions. Generally speaking the legal presumption of fact must include the conclusion that the claimant is the owner of the debt by reason of having paid for it. Possession of the note is considered the same as title to the debt, The presumption arises therefore that possession of the note is ownership of the debt and the further presumption is that ownership of the debt is not likely to have been transferred without payment of value.

Read more about this subject at https://fraudstoppers.org/tila-regulation-z-banks-can-not-lend-credit/