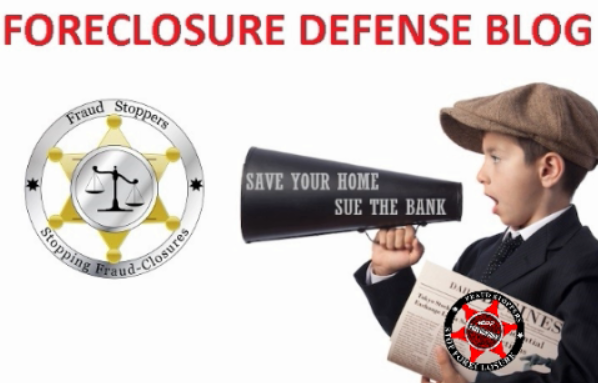 Florida Supreme Court Reverses: Homeowners can recover attorney fees even if they prove lack of standing when they win

Kudos to Nicole R. Moskowitz of Neustein Law Group, P.A., Aventura, Florida, for Petitioner William L. Grimsley and Kimberly Held Israel, Jacksonville, Florida, Daniel Alvarado, Elia Alvarado, South Florida Defense Group, Bowin Law Group, Michael Jay Wrubel, P.A., Jonathan Kline, P.A.
“The certified conflict issue in this case is whether a unilateral attorney’s fee provision in a note and mortgage is made reciprocal to a borrower under section 57.105(7), Florida Statutes (2019), when the borrower prevails in a foreclosure action in which the plaintiff bank established standing to enforce the note and mortgage at the time of trial but not at the time suit was filed. We have jurisdiction. See art. V, § 3(b)(4), Fla. Const.”

The Bank argues in the alternative that even if we do not approve Page, the trial court nevertheless lacked “subject-matter jurisdiction” to award fees. At the heart of the Bank’s argument is the assertion that “standing is a component of subject-matter jurisdiction” and that the trial court “erred by taking any further action” beyond dismissing the case. We reject the Bank’s argument.
The Bank waived its jurisdictional argument by waiting until the appeal of the fee award to first raise the issue.

Subject-matter jurisdiction is universally acknowledged to never be waivable. See, e.g., United States v. Cotton, 16 535 U.S. *16 625, 630 (2002) (“[S]ubject-matter jurisdiction, because it involves a court’s power to hear a case, can never be forfeited or waived.”). But this Court has held that the issue of standing is a waivable defense. See Krivanek v. Take Back Tampa Political Comm., 625 So. 2d 840, 842 (Fla. 1993). And if standing is waivable, then standing is obviously not “a component of subject-matter jurisdiction.” The Bank’s foundational assertion is thus incorrect. See Paulucci v. Gen. Dynamics Corp., 842 So. 2d 797, 801 n.3 (Fla. 2003) (“Jurisdiction is a broad term that includes several concepts, each with its own legal significance.”). And the Bank offers no other explanation for why its argument should be considered timely. [e.s.]

We conclude that the unilateral fee provisions in the contracts at issue are made reciprocal to the prevailing borrowers under section 57.105(7). Accordingly, we quash Page and approve Madl and Harris.

It is so ordered. POLSTON, LABARGA, LAWSON, MUÑIZ, and COURIEL, JJ., concur.
GROSSHANS, J., did not participate. NOT FINAL UNTIL TIME EXPIRES TO FILE REHEARING MOTION AND, IF FILED, DETERMINED. Application for Review of the Decision of the District Court of Appeal – Certified Direct Conflict of Decisions In the never-ending quest of the courts to squelch homeowner defenses, some of the courts of appeal decided that the bank argument was valid. The law was, in a word, NUTS.

This Supreme Court case cures part of the nuttiness. If someone brings a baseless claim they cannot escape liability for fees and costs on the basis that the claim is baseless.

Yes, that is the issue — the lack of basis means that the named Plaintiff in foreclosure had no contractual relationship with the Defendant homeowner. So the fee provision of the contract they were seeking to “enforce” could not apply once it was proven they had no right to enforce it. The case, in my opinion, was probably decided with the elements of estoppel in mind,. Once you invoke a contract or statute and you cannot escape the negative consequence when you lose.
One case I had which is still being litigated for the second time is illustrative of the problem. The homeowners were sued in foreclosure. The various lawyers continued to pursue foreclosure from 2008-the date of trial in August 2016.

The defense was that the named plaintiff had no business being in court and no legal standing. All the documents were all fabricated and U.S. Bank as trustee for a fictitious trust never had ownership of the debt, note, or mortgage. They also never had possession of the note but that was supposedly cured by the claim that the note was received by Ocwen — AFTER the lawsuit began.
Patrick Giunta and I easily won the case, resting at the conclusion of the Plaintiff’s case. We never put on any evidence. The trial judge took or 2 hours to reach a decision and then dictated into the record the findings of fact and conclusions of law, entering Judgment of Involuntary Dismissal against “U.S. Bank as Trustee of SASCO trust etc.”. Read More