Holder of Mortgage vs Holder of Note and Yvanova vs Ibanez 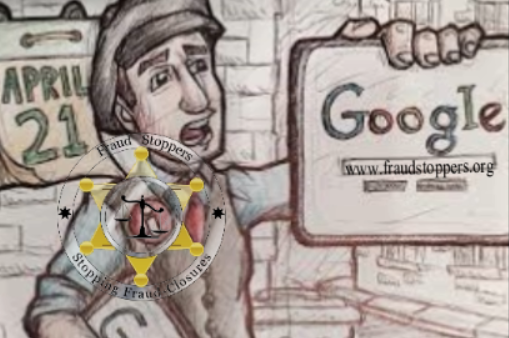 If a “Holder” Can Enforce a Promissory Note, Why Can’t He Enforce a Mortgage?

If the claimant is only a holder it is highly probable that he is neither a holder in due course nor a true lender or creditor. If it was otherwise, he would say so. And only a party who has paid value for the underlying obligation may enforce a mortgage. (Article 9 §203 UCC, adopted verbatim in all U.S. jurisdictions).

A true creditor would ordinarily say in judicial states that it is suffering financial loss or injury from the breach by the homeowner. You NEVER see that when a lawyer files a claim naming a REMIC trustee as the claimant. Yet is a basic rule and custom of pleading because the court may not hear a case unless someone has been injured or is being injured by the conduct of the other party.

A holder in due course by definition is ONLY one who has paid value for the claimed underlying obligation. If he has not paid value then he is not a holder in due course (the other elements being that the purchase was made in good faith and without knowledge of the borrower’s defenses — which is also a problem for any transfer of the original note to or from REMIC trusts).

It is of course possible for one who has paid value for the underlying obligation either at origination or acquisition and still enforce the mortgage — subject to defenses like the breach of TILA or state law obligations of disclosure (usually raised in affirmative defenses as recoupment which limit set off to the amount of the claim but are not limited by the statute of limitations).

Ultimately the authority MUST come from the party to whom the proceeds are required to be paid by whoever enforces the note. That is the person who owns the underlying obligation. That person is the one who loaned money or purchased the debt for value.

Beeause if there was no payment of value at origination then there is no consideration and the original claimed “debt” is unenforceable for lack of consideration — even if it is in writing, like a promissory note. That is even a defense against a holder in due course, against whom the maker of the note has few defenses.

In most cases, without objection, transfer or even apparent transfer of the note is sufficient to raise the legal presumptions that the possessor is a holder who has the legal authority to (a) enforce the note and (b) enforce the mortgage — because the transfer of the note is presumed to mean that the underlying obligation had been purchased for value. But all of that can be challenged successfully and is challenged successfully if the homeowner takes a step by step approach.

If the underlying obligation has not been purchased for value, and the homeowner timely asks for proof that value was paid, and if the claimant refuses to comply with that discovery demand, the homeowner can (a) bar evidence of the debt from being introduced at summary judgment or trial and (b) is automatically entitled to an order from the judge stating that the presumptions arising from apparent possession of the note do not apply.

That order requires the claimant to put on OTHER proof that the debt exists and is owned by the claimant who is also entitled to enforce. In no case I have ever seen has any such evidence been forthcoming when the claimant is or was a REMIC trust.

Raising the issue is not enough. For example, “Objection, lack of foundation” is easier to overrule than “a lawyer standing up and saying “Your honor, I object on the basis of lack of foundation and most likely calling for hearsay testimony. The witness was just asked to read off of the document that counsel was handing him. The witness has not testified to any knowledge about any documents, nor about his knowledge or role in connection with the subject transaction.”

I am telling you that the first guy will be overruled but the second guy will most likely and almost certainly be sustained in his objection — and if the witness tried to answer while the question and objection were stated, the judge will also likely grant a motion to strike the answer from the record. Assuming the objection is correct in its premises, any other ruling from the bench would be “clear error” and be reversed on appeal. But the first guy who lazily said “Objection, foundation” will probably not have his objection sustained and probably lose on appeal.

EVERYONE GOT PAID. THERE IS NO FORECLOSURE INVOLVING A REMIC TRUST IN WHICH ANYONE HAS LOST MONEY BECAUSE A HOMEOWNER DIDN’T MAKE A PAYMENT.

All assignments “for value” in such situations are fake and false.

I don’t know why I keep doing it but ever since both decisions were in existence I have continually mixed up the names.

I did it again in the webinar yesterday when I referred to the Ibanez decision from Massachusetts when I meant to refer to the Yvanova decision in California. I’m sorry!

The Yvanova decision was the one in which the California Supreme Court correctly stated the law regarding obligation being owed to SOMEBODY rather than just ANYBODY. But the same court went on to say that no action could be brought for wrongful foreclosure until the foreclosure was complete. That too was a correct statement of the law. (There is no lawsuit that can be pled until the claim matures).

In fact, it has become false “doctrine” that preemptive action by borrowers is impossible and premature. There is no such decision in existence and there are many ways to seek nullification and injunction against the use of a void instrument. The use of a QWR and DVL under FDCPA and FTC regulations is a good way to make tracks in the sand before you file.

The Ibanez decision in Massachusetts was somewhat different. The high court there ruled that if the paperwork was either incomplete or defective that neither US Bank nor Wells Fargo had any right to foreclose. That meant that most foreclosures in the state had to be redone — but that didn’t happen.

Both decisions start with what I have been saying from the start. The entire foreclosure scheme is a hoax and a scam. But in both cases decisions after those opinions were handed down retreated from the basic application of the most basic laws of common sense, statute, customs and practices.

And today, in both states, foreclosures are merrily being concluded destroying the lives of thousands of homeowners who do not realize that they have no reason to give up their home. My message is KEEP YOUR HOUSE. 96% of all foreclosures are not challenged even a little bit. If everyone did challenge them and litigated their cases properly, my data shows that they would win, flat out, between 65% and 80% of the time.

In plain language while the line of cases following these key decisions creates an adverse atmosphere for the homeowner, my experience, and that of many other lawyers who have litigated these issues since the early 2000s, shows that most judges who start with thinking the end result is “inevitable” (i.e., foreclosure approved), can be persuaded to conclude that there is insufficient evidence to support the claim.

The reason that the foreclosure mills cannot produce any real evidence to support their false claims when challenged is that there were no transactions supporting any of the purported endorsements of notes or assignments of mortgages. That is all faked.

And by the way, as I have pointed out repeatedly, it is no theory that foreclosures are based upon mortgages, not notes. There is no such thing as a foreclosure of a note. That does not exist anywhere in any US jurisdiction. People who argue otherwise are deeply mistaken. But like all false claims you can make any theory fly if nobody opposes it.

And as pointed out by Attorney Randy Ackley in West Palm beach, Florida, my guest last night on the Neil Garfield Show, the mortgage lien cannot legally attach to an obligation or a note that has been converted into a security that has no relationship to the homeowner or any promise made by the homeowner.

And the reason for that is simple. Everyone has been paid and everyone continues to get paid in real life regardless of whether or not some homeowner makes a payment to someone unknown company claiming to be a servicer who is not actually receiving or disbursing the payment.

All of that happened because securitization did not involve sale of the loan, debt, note or mortgage. If it did, the securities firms could not have sold it ten or twelve times over without committing outright fraud. The real scheme enabled the investment banks to generate many times the amount of any transaction with any homeowner. So a default in any sense, much less the classic sense, is impossible.

EVERYONE GOT PAID. THERE IS NO FORECLOSURE INVOLVING A REMIC TRUST IN WHICH ANYONE HAS LOST MONEY BECAUSE A HOMEOWNER DIDN’T MAKE A PAYMENT.