GOVERNMENT SHUTDOWN CAUSES A FORECLOSURE AND COULD CAUSE MORE 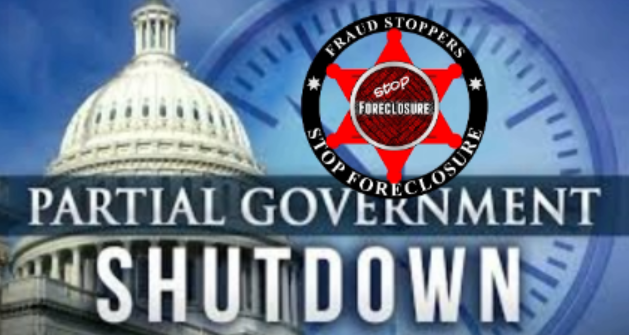 GOVERNMENT SHUTDOWN CAUSES A FORECLOSURE — AND COULD CAUSE MORE

Originally posted by David Dayen February 13 2019, 5:30 a.m.
Leong, 83, took out a reverse mortgage on her home in 2004, which gives seniors with equity in their home the opportunity to take money out and defer repayment until they die or resell the property. She used up the line of credit from the reverse mortgage long ago and receives no more money from the deal, but as with all reverse mortgages, she’s still required to cover property taxes and homeowner’s insurance. At the same time, Leong suffers from multiple medical maladies, including a recent heart attack and problems with her legs. With health care bills mounting, and her family’s only means of support being her Social Security check and a meager income from her disabled adult son, Leong eventually fell behind on tax and insurance payments. Leong’s condition qualifies her for a government program called an “at-risk extension.” The Department of Housing and Urban Development, or HUD, which oversees the reverse-mortgage program, allows homeowners over 80 who have serious medical conditions to avoid foreclosure if they miss housing-related payments. The program seeks to avoid the cruelty of throwing sick elderly people out onto the street. The at-risk extension, however, must be renewed every year. Leong was approved at the end of 2017 but needed a renewal at the end of last year. “Our experience is, if the doctor says these are the issues, HUD approves it,” said Sarah White, an attorney representing Leong, who sent her request for an extension to HUD on December 10. The government shut down 12 days later, and nobody at HUD ever approved the renewal. Leong’s at-risk extension lapsed, and she was served with a foreclosure notice in late January on the home she’s lived in since 1962. The case is one of several scenarios in which lack of staffing during a government shutdown could leave borrowers at risk of preventable, unnecessary foreclosures. HUD and the U.S. Department of Agriculture, or USDA, which is also involved with home loans, have provided no data about how many foreclosures were advanced during the shutdown. But with critical bottlenecks inherent in the process, housing advocates warn that the number could be high — and even one preventable foreclosure is a policy tragedy. Read more