Repair and Improve Credit and Make Money Doing It 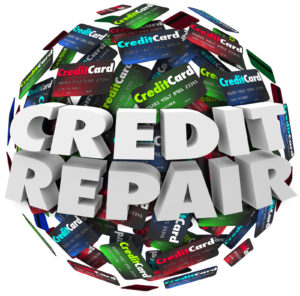 Fix bad credit and get a higher credit score FAST and EASY for only $89 a month! If your credit score has been negatively impacted by late payments, a foreclosure sale, or other credit circumstances FRAUD STOPPERS credit repair connection has you covered.  By law, information reported about you to the three major credit bureaus (Experian, Equifax, and TransUnion) must be fair, accurate, relevant, substantiated and verifiable. Through a simple but powerful 3-step process, FRAUD STOPPERS credit repair team can help to ensure that the credit companies don’t abuse these standards; which can result in you getting an improved credit profile and higher credit scores. For more information on this traditional credit repair program CLICK HERE

You do NOT have to avoid collection letters or phone calls anymore. Instead you can learn how to overturn the tables on your creditors and debt collectors, and make them pay you to go away!

This proven turnkey method will show you how to document the violations that creditors and debt collectors routinely commit and get paid thousands of dollars in federal fines and penalties.

Here are a few winning cases resulting from this proven method that you can research on https://www.pacer.gov/

PORTLAND, Ore. — A federal jury in Oregon has awarded $18.6 million to a woman who spent two years unsuccessfully trying to get Equifax Information Services to fix major mistakes on her credit report. Julie Miller of Marion County was awarded $18.4 million in punitive damages and $180,000 in compensatory damages, though Friday’s award against one of the nation’s major credit bureaus is likely to be appealed, The Oregonian reported.

The jury was told she contacted Equifax eight times between 2009 and 2011 in an effort to correct inaccuracies, including erroneous accounts and collection attempts, as well as a wrong Social Security number and birthday. Her lawsuit alleged the Atlanta-based company failed to correct the mistakes.“There was damage to her reputation, a breach of her privacy and the lost opportunity to seek credit,” said Justin Baxter, a Portland attorneywho worked on the case with his father and law partner, Michael Baxter.

“She has a brother who is disabled and who can’t get credit on his own, and she wasn’t able to help him.”Tim Klein, an Equifax spokesman, declined to comment on specifics of the case, saying he didn’t have any details about the decision from the Oregon Federal District Court.Miller discovered the problem when she was denied credit by a bank in early December 2009. She alerted Equifax and filled out multiple forms faxed by the credit agency seeking updated information.

She had found similar mistakes in her reports with other credit bureaus, Baxter said, but those companies corrected their errors.A Federal Trade Commission study earlier this year of 1,001 consumers who reviewed 2,968 of their credit reports found 21 percent contained errors. The survey found that 5 percent of the errors represented issues that would lead consumers to be denied credit.