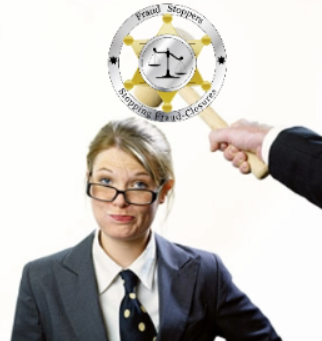 In analyzing the paperwork in front of you, make sure you read every word and do not accept anything said at face value. A popular ruse by foreclosure mills is the use of the word “successor.” I have been saying that this word is used as a cover-up for “we don’t have title to the debt, note or mortgage.” That means they have no loss connected with a claimed scheduled payment that was not received by a “Servicer” who had no right to receive it in the first place.

If they have no loss, they have no claim. You don’t have a claim payable to you if you simply know that your neighbor has skipped a payment to someone. You don’t have the right to declare a default. There could be numerous reasons why the payments stopped that are none of your business. In that scenario, any action undertaken as if you did have the claim would be illegal in both the criminal and civil arenas. Such actions would include notice of substitution of trustee, a notice of default, a notice of sale, summons and complaint, etc. The practical problem is that the longer you wait to contest such actions, the more it seems like the perpetrator does have a claim.

Very often, you will see “Successor” used when it makes no sense if you even give it a moment’s thought. For example, if U.S. Bank is recited as successor to Bank of America, that is literally impossible. U.S. Bank did not buy, acquire or purchase Bank of America. They are referring, of course, to the “sale” of the position of “trustee” (without any legal trust powers) from Bank of America to U.S. Bank after Bank of America acquired LaSalle Bank, which is after LaSalle Bank had been effectively acquired by the owners of ABN AMRO, who had merged with Citi.

The key question is whether the position of a trustee if it actually exists, could ever be sold by the trustee without the advice and consent of the beneficiaries and/or the trustor/settlor. Of course, if that was alleged, i.e., that U.S. Bank had acquired the rights to be trustee through purchase, it would then need to disclose the content of the agreement of purchase and sale, and that alone would involve showing the consent of beneficiaries.

Because of the erroneous assumption/presumption that the beneficiaries of a REMIC trust are the investors, it is assumed that they must have consented. But the real beneficiaries are shown in the actual trust agreement (not the PSA most of which is a statement of future intention and not past events).

People ask me whether there are cases supporting my analysis. there are hundreds of them, but they are rarely reviewed, much less used, by any homeowner or lawyer.

Certo v. Bank of N.Y. Mellon, 268 So. 3d 901, 903 (Fla. Dist. Ct. App. 2019) (“The trouble here, similar to the trouble in Conley , is Mellon’s link to Bank of NY and Bank of NY’s link to JP Morgan. Because the final special indorsement is to JP Morgan, Mellon needed to evidence how it obtained the Note or interest. It claims to have it because Bank of NY is a successor to JP Morgan and Mellon is the new Bank of NY. However, the record does not establish either of those necessary links.”)

The bottom line here is that there is no succession regardless of how many times they assert it. Attacking the pleadings, motions, and exhibits with your own motions, answers, affirmative defenses and potential counterclaims is probably a good tactical response to the assertion of this type of lie perpetrators use in the courts every day. Bernie Madoff got away with his Ponzi scheme for decades. It was in most ways identical to what the investment banks have done with what they called “residential lending.”

The banks called it “securitization” without ever selling a single loan to investors or any part thereof. Madoff called it options trading without ever trading a single option. It was all based upon the “hidden magic” and “genius” of some secret formula that nobody else could access. Compare it yourself. Madoff’s scheme, now exposed, reveals what was really happening with homeowner transactions, investor transactions, and “foreclosures” of nonexistent claims.

THE BIG QUESTION IS WHERE ARE THE REGULATORS? THEY MISSED IT WITH MADOFF DESPITE CLEAR SIGNS OF WRONGDOING AND THEY ARE DOING IT AGAIN WITH INVESTMENT BANKS TOUTING NONEXISTENT SECURITIZATION.