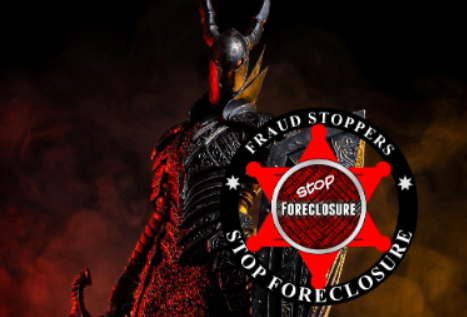 The Strategy of Foreclosure Defense

I recommend against raising an issue that you cannot prove. Specifically, the allegation that there are false claims of securitization of debt broadens the litigation beyond that which the judge is likely to consider.

Further it probably requires an allegation of fraud which increases your burden of proof to clear and convincing from the normal preponderance of the evidence. And it is based on facts accumulated from other cases. The argument as to whether those facts could be applied to your case will sidetrack the litigation and again, the judge is not likely to be very receptive to your arguments.

It is much easier to simply reassert the truth of the matter asserted against the homeowner as stated or implied by the foreclosure mill.

The lawyers for the foreclosure mill do not state those facts. Those facts are asserted or implied within documents that appear to be facially valid. Thus no evidence of the actual transactions is alleged or offered. But this is sufficient for pleading purposes and it may be sufficient for judgment.

Therefore, the best strategy and tactics for defense of a foreclosure claim is to test the truth of the matters asserted in the documents.

Based upon our 16 years of experience in direct litigation, investigation and research I can state with virtual certainty that the documents are fabricated and all the statements contained therein or implied therein are false.

So the litigator’s job, whether an attorney or a pro se litigant, is to test those statements by legal procedure primarily in the window for discovery. This can also be done at trial, but it is more difficult to achieve satisfactory results if the litigant merely waits until trial.

If the window for discovery appears to be close, you can move to extend it, or you can try to issue subpoenas to specific people or to specific officers of the entity that has been designated to be the claimant or plaintiff in the case against the homeowner.

Speaking from personal experience, all of the cases I have one have been based on the premise that the opposition will not be able to corroborate the truth of the matter asserted in the documents used to create legal presumptions.

Once they refuse to corroborate those assumptions or presumptions, they are no longer entitled to use the legal presumption. Theoretically, this means they could come up with other basis or facts to assert the claim. But they can’t introduce those facts into the court record without a satisfactory response to timely and proper discovery demands.

Lack of Standing to Foreclose

The pooling and servicing agreements says that when the notes are transferred to the trust there needs to be an endorsement in blank to the trust, as well as a complete chain of endorsements for all proceeding transfers.

That means that the originator of the loan has to have a specific endorsement transferring it from the securitization sponsor, the sponsor to the depositor, and then the depositor in blank to the trust.

What I am told is that in the majority of the cases that chain of endorsements is not there.  There is simply a single endorsement in blank. That creates a problem because it does not comply with the trust documents.

That is a severe problem because most pooling and servicing agreements are trust that are governed by New York law, and New York law says that if you are not punctilious in following the trust documents for a transfer, the transfer is void.

It doesn’t matter if you intended it or not, it’s void.

And if the transfer is void that would mean that the trust does not own the mortgages, and therefore lacks standing to foreclose.

It’s axiomatic that in order to bring a foreclose action the plaintiff must have legal standing.

Only the mortgagee has such standing.

Thus various problems like false or faulty affidavits, as well as back dated mortgage assignments, and altered or wholly counterfeited notes, mortgages, and assignments all relate to the evidentiary need to prove standing.