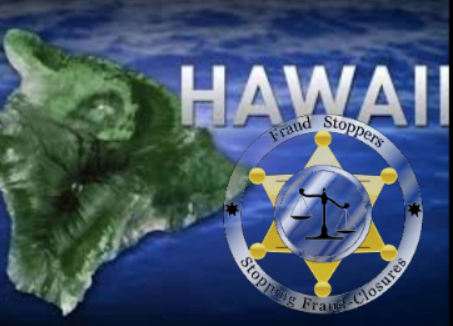 Gary Dubin, Esq. Takes on the Entire State of Hawaii

Dubin was disbarred by the Supreme court for the State of Hawaii. I have previously written about his situation because, in my opinion, he is the target of investment banks who have an out-sized influence on government.
I also believe that the process by which attorneys are disciplined is defective two respects:
The first is that the litigation of “complaints” does not conform to the usual standards of due process resulting in an unequal imposition of presumptions in professional licensing.

The second is that the discipline of lawyers often mirrors the phenomenon of administrative laziness. Dubin’s disbarment was the result of a virtually verbatim adoption of the complaint filed against him by bar counsel — all the way through the Supreme Court. The recitation in the final orders and findings do not bear a close resemblance to the facts that allegedly form the foundation of the claim against him.

When I represented lawyers and other licensed professionals defending against allegations of license violations I found that it was almost too easy to win on behalf of the accused professional. The first reason why the prosecuting attorney lost is that the allegations were plainly wrong on the facts. The second reason was that the prosecuting attorney often lacked trial skills and was accustomed to steamrolling over the accused.

But then there were the politically motivated cases that were much harder to defend because there was an intent to “take out” a successful accused. I remember in particular one such person who had conceived of a very good business plan in which emergency electrical service could be delivered quickly and affordably. The result was a concentration of business that excluded electricians who were not part of his network. The accusations against my client were horrendous. But all he had done was come up with a better plan. We did win the case, but they managed to impair his business plan anyway. The grievance committee was protecting the turf of the “membership” of the group of electricians that were licensed. They were not protecting the public.

Dubin’s case is even more insidious, in my opinion. He is 83 years old and has been in practice for decades without any blemish on his record — a feat that exceeds my own record. He has been a consistently good advocate for his clients and has often made new law on appeal, being licensed in Federal and State jurisdictions including California. He has been especially effective in representing homeowners in foreclosure cases — either winning at the trial level or winning on appeal. Although I mostly won my cases at the trial level I have yet to make the inroads in law on appeal that Dubin has accomplished.

And yet it came as no surprise when he was accused of all sorts of dastardly things by the grievance committee of the Hawaii Bar Association. Dubin presented a credible threat to the status quo in illegal foreclosures — which consisted of pretending the foreclosures were legal.

Although the proceedings are considered quasi-criminal they are not judicial and they don’t follow the normal rules of evidence. I examined the case against Dubin. In my opinion, there either was no case, or at most, they might have the foundation for a minor discipline like a guidance letter or even a private reprimand. The rubber stamp orders and rulings make it clear that he was steamrolled by hidden political forces. Those forces could have been exposed in real litigation but any meritorious defense was suppressed by the procedure used to impose discipline upon him.

So I am watching as Dubin has filed a new case against multiple parties alleging violations of due process and equal protection. Like me, he is not timid about his approach when he believes he is right. I like that. He is alleging that

(1) Neither the Hawaii State Constitution nor the Hawaii State Legislature has given the Hawaii Supreme Court the legislative regulatory power to license and to discipline attorneys for conduct occurring outside Hawaii courtrooms nor is it historically inherently so endowed,

(2) had that power been given to the Hawaii Supreme Court constitutionally or historically or legislatively delegated, the manner in which it has exercised that power violates the equal protection guaranty of the United States Constitution, treating different professions unequally, especially as to evidentiary and appellate rights, and

(3) the manner in which the Hawaii Supreme Court has been exercising that power, usurped or otherwise, violates the due process guaranty and in Dubin’s case also the freedom of speech guaranty of the United States Constitution.
I think he has filed a complaint that is both meritorious and that has the capacity to upend the process by which lawyers are disciplined. I applaud the effort and I invite all interested parties to follow his case closely.