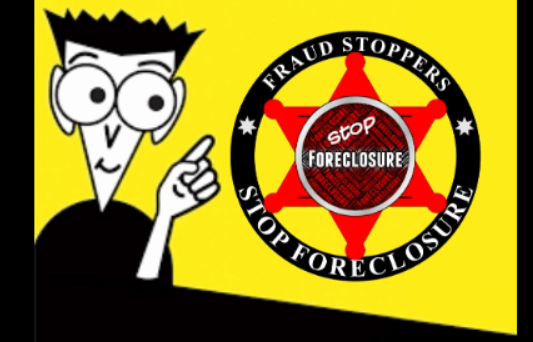 Challenge the amount of debt owed, who owes it, who gets it, where, when, why, ext.

And last but not least, counter-sue!

Sue for everything and the kitchen sink…

Foreclosure Defense in a Nutshell

The goal of the foreclosure defense strategy is to undermine the ability of the foreclosrue mill to put on a case — not to prove that the allegations are wrong.

Let me first correct what I think is a misimpression or misapprehension: Defense of a civil case in court consists of two possible strategies — usually used in conjunction with each other.

First and best is proving that the allegations against the defendant (homeowner) are untrue. this is generally impossible in the foreclosure of transactions that have been subject to the securitization process.

Second, and equally effective, is to undermine the ability of the Plaintiff’s lawyers to put on a case, to wit: to establish the prima facie elements of a foreclosure case. This is the best option to win or settle a foreclosure case on favorable terms.

Every foreclosure case starts with a pleading and exhibits. the allegations and the exhibits are required by law to be taken as true at the beginning of the case. In the middle of the case, the homeowner wants to show the inability or unwillingness of the attorneys for the named claimant/plaintiff to corroborate facts that the attorneys want to have the court presume are true.

[The attorneys for the named claimant is always relying upon available legal presumptions arising from the facial validity of the exhibits and from relaxed pleading requirements that were created before the era of securitization.]

By a series of motions to compel, motions for sanctions and motions in limine gradually the homeowner can bring the court to an inevitable conclusion that is 180 degrees opposite from the inevitable result that the court was presuming at the beginning of the case. to wit: having failed or refused to answer interrogatories and request for admissions, and having failed to respond to a request to produce, even after court orders (usually many of them) the foreclosure mill lawyers are barred from putting on evidence as to the truth of the matters that they wanted the court to presume were true.

That leaves the foreclosure mill with no evidence at trial which means they lose. But it is only at the eleventh hour that the foreclosure mill will finally relent and offer a settlement (on the authority of unknown persons). This can be further leveraged in favor of the homeowner by insisting that the settlement be acknowledged by the named claimant/creditor. This particular aspect can be highlighted by motions for sanctions during the mediation process as well as at the end of litigation when the parties are discussing settlement.

[Motions for Sanctions during the mediation process are often overlooked. The foreclosure lawyers are required to ring with them a representative of the named claimant who is authorized to negotiate and settle the case regardless of what comes up during the negotiations process — and to do so without pausing the mediation without getting instructions from unknown people of dubious authority. The failure to produce such a person will ordinarily be a violation of both administrative orders and direct orders from the trial judge.]

So the goal of the homeowner is to show what didn’t happen rather than what did happen. The law requires that any assignment of the mortgage be accompanied by a transfer of ownership of the underlying obligation.

The absence of a valid purchase and sale of the underlying obligation makes the paper transfer of the mortgage a legal nullity, which means that for legal purposes, it is treated as though it never happened. It is not necessarily true that an endorsement of a note creates such a transfer.

So if the assignment of mortgage recites “for value received” and no such transaction occurred, then there was no assignment and all claims that rely on that assignment are void. Failure to produce evidence corroborating the truth of the matter asserted (that value was paid) results in rebuttal or exclusion of the legal presumption arising from the endorsement of the note or any other presumption.

The homeowner wants to show that that the opposing side — the foreclosure mill — is unable or unwilling to produce evidence that the payment of value occurred — but not try to prove that the transfer, while on paper, never actually occurred. The burden of proof is on the party pleading allegations. To put it more bluntly, even if there was a purchase and sale of the obligation the foreclosure mill still loses if they can’t prove it when properly presented with well-drafted discovery demands and motions to enforce.

The claim against the homeowner must be established with a prima facie case. If you stop that process, then you win. Don’t try to go beyond that point or you will end up raising more presumptions in favor of the foreclosure mill. You can’t prove anything if you don’t have the actual evidence and only the investment banks have evidence of what really happened outside the sight of prying eyes.

But if you try to actually prove that case without a cooperating defendant in a case brought for declaratory, injunctive, and supplemental relief, that could be an unreachable goal — except for using the same strategy of proving the unwillingness or inability of the parties you are suing to produce any evidence of the existence of the underlying obligation or the authority to administer, collect or enforce it. That claim is a lot easier once you have won the principal foreclosure case.