FDCPA Claims and Statute of Limitations for Foreclosure Defense 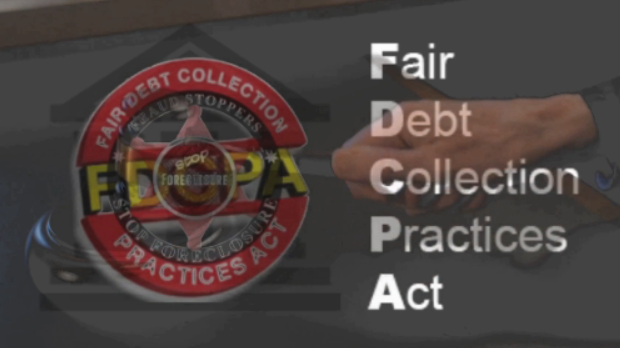 JOIN FRAUD STOPPERS PMA TODAY AND GET A FREE FEDERAL FDCPA LAWSUIT and SAVE YOUR HOME FROM FORECLOSURE….

FDCPA Claims Might Not Be Barred By Statute of Limitations

Here is a powerful argument that SCOTUS acknowledged: nobody should benefit from their own fraudulent conduct. The FDCPA has a one year statute of limitations. And people have tried to litigate on the premise that the one year should run from the date of discovery not when the violation occurred. The courts have disagreed saying that if Congress wanted it to be the date of discovery it would have said so.

But if the date of discovery was delayed because of additional fraudulent conduct by the defendant then the courts, although always leaning heavily toward the banks, are left in a quandary. And SCOTUS acknowledged that issue and refused to rule directly on it because the consumer failed to preserve the issue on appeal — another example of how rules can lead to failure of you don’t follow them.

The wording of the opinion and the opinion of analysts strongly suggests that if you plead, with specificity, fraudulent representations and conduct that caused the delay your claim is not barred until one year after the discovery of the violation.

Note that his will not help people who discovered or “should have discovered” the violation more than one year before filing suit.
Note also that it is one thing to plead and another to prove. Fraud requires specific pleading and proof regarding detrimental reliance on the fraud and causation of damages. The damage under this part of the case would be that the consumer was unable to ascertain the violation and thus seek a remedy. Just using the word “fraud” is the surest ticket to failure. see Fossano Article on Mondaq

See Rotkiske v. Klemm Rotkiske v. Klemm, No. 18-328 (U.S. Dec. 10, 2019)
Rotkiske v. Klemm, — S. Ct. — (2019) left open the question of whether a plaintiff can avoid the one-year statute of limitations by establishing that the delay in bringing the claim was the caused by the defendant’s fraudulent conduct. The answer to that question will have to await a case where the plaintiff properly preserves the argument on appeal. On a related note, the case reminds attorneys to ensure that they preserve all of their clients’ arguments at all stages of a case.
FDCPA violations could expose debt collectors to considerable damages and penalties, as well as legal costs and fees.

From the case: Rotkiske argued for the application of a “discovery rule” to delay the beginning of the limitations period until the date that he knew or should have known of the alleged FDCPA violation. Relying on the statute’s plain language, the District Court rejected Rotkiske’s approach and dismissed the action. The Third Circuit affirmed. Held: Absent the application of an equitable doctrine, §1692k(d)’s statute of limitations begins to run when the alleged FDCPA violation occurs, not when the violation is discovered. Pp. 4-7.

Rotkiske v. Klemm, No. 18-328, at *9 (U.S. Dec. 10, 2019)
Practice Note: I would suggest that practitioners take a close look at modifications as falling within two different doctrines and maybe more.
First, modification offer from one who is not authorized to make the offer is a violation of the FDCPA. The acceptance and enforcement of payments under a modification agreement might also be a violation of the FDCPA. It is procured under duress. It is a fraudulent misrepresentation designed to induce the borrower to waive defenses, change lenders (without realizing it) and essentially create an entirely new contract that may or may not incorporate the original note or mortgage.
Second, the modification has many earmarks of a new financing subject to disclosures required for the origination of any loan. It makes the “new” claimed servicer the lender or the agent of a lender who is not disclosed and who probably has no claim within the chain of title relied upon by the servicer when it made the offer to modify. AND it might well be that it reflects an actual payment in the case where the loan was securitized after a bona fide loan. AND it has entirely new terms with new principal, new interests and frequently a new term.

That sounds like a refinancing to me. If I am right, then the modification is subject to rescission, to wit: (1) 3 day TILA rescission, (2) 3 year TILA rescission and (3) common law rescission. In addition there are claims under RESPA and FDCPA that would appear to arise anew. The specific disclosures required are contained in Federal lending law (TILA) and state deceptive lending laws. ALl such laws are incorporated into contracts for lending by operation of law. So it is not only fraud it is a violation of statute.

The fraud in such situations is that an interloper falsely poses as a lender or agent of lender. The borrower is in financial emotional distress is induced to enter an agreement that the borrower reasonably believes is for (a) the benefit of the borrower and the (b) creditor who has paid for his debt and owns it — because that is the representation of the servicer who offered it. That is false. The borrower is injured because while seeking settlement or at least communication with the actual party who has paid for and owns his debt he was prevented from doing so and the borrower had no way of knowing that the servicer’s representations were untrue.
As always discovery is key to proving these allegations and without follow up motions to compel and motions for sanctions discovery won’t do you any good. They won’t answer because they can’t answer.
By Neil Garfield