Fannie and Freddie – We Need to Look Before We Leap! 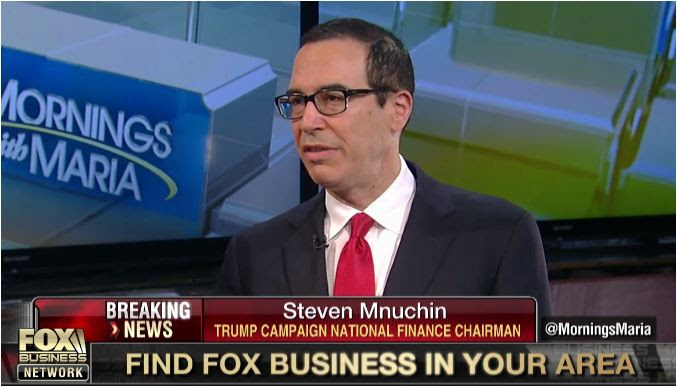 “We’ve got to get Fannie and Freddie out of government ownership. It makes no sense that these are owned by the government and have been controlled by the government for as long as they have,” stated Steven Mnuchin, President-Elect Trump’s pick for the U.S. Treasury Secretary.
Wait – let’s take a closer look first.  I have several concerns to President-Elect Trump’s selection of Steven Mnuchin, his presidential campaign finance chair to the position of U.S. Treasury Secretary, a powerful position that admits him to the cabinet.
Mr. Mnuchin, a very astute businessman is nevertheless a former Goldman Sachs banker.If confirmed by the Senate, he would be the third former Goldman Sachs executive since the 90’s in  that position, preceded by Robert Rubin and Henry Paulson. Steve Bannon is also a former Goldman Sachs investment banker.
Some of the concern that Mr. Trump is turning to Wall Street is vehemently voiced by Sen. Tammy Baldwin (D-WI), who has consistently expressed dismay over the “revolving door” between industry and government, who  said it was more proof that in GOP-controlled Washington “Wall Street, big banks, hedge funds and the wealthy will be writing the rules to make a rigged system work for them.”
Read More