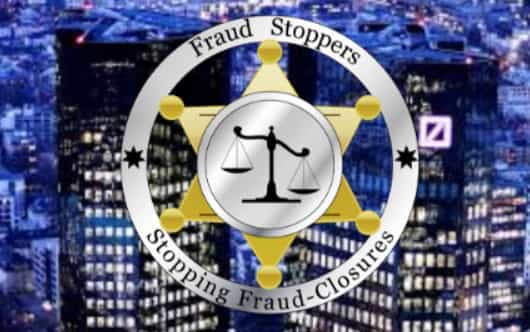 Deutsche Bank National Trust Company Legally Exists as a Company, But Not as Trustee for Borrower Loans
Posted on March 10, 2020 by Neil Garfield

Several readers have sent me information regarding DBNTC and pointed out that I had misstated the status of DBNTC in past articles. I think they were at least partially right. Thanks to all the readers who sent in comments and information.

DBNTC is a name change from Banker’s Trust which was a real bank, organized and existing under national charter. So DBNTC exists under a national charter. But DBNTC is not a bank in the sense that it makes loans or collects deposits from customers. It is a trust management company. So bottom line, DBNTC does exist as a legal entity.

The conflict arises when the DBNTC name is used in conjunction with a REMIC Trust. This might appear as

Despite the variation in names it all adds up to the same thing.

First, since DBNTC has never entered into a transaction in which it paid value in exchange for any debt, it cannot be the owner of the debt.

Second, since no trustor or settlor has entrusted any debt to DBNTC, it can’t be the trustee with any right, title or interest in the debt’s ownership or management.

Third, since the certificates do not convey any right, title or interest to any debt, the certificates are irrelevant but are stated to create the misleading impression that a foreclosure is brought on behalf of investors who will receive the money proceeds from the forced sale of the home. They don’t receive any money from those sales and they are not entitled to receive such proceeds.

Fourth, certificates are not legal persons and therefore stating that the action is brought by DBNTC for a certificate series says nothing more than DBNTC is not appearing in its own behalf but rather in a representative capacity — all without stating what capacity other than calling it “trustee.”

Sixth, the naming of a beneficiary under a deed of trust or a Plaintiff in a foreclosure action including the DBNTC name is entirely misleading.

Hence if the foreclosure mills just named DBNTC without saying “trustee” or naming certificates, or a trust or certificate holders, they would be naming a legal entity, albeit one without any claim. BUT by naming those other things and implied entities they are naming an entity that does not exist legally or even equitably.

Even if an entity was found to technically exist, it has no claim because it does not own the debt, note or mortgage —despite paper conveyances fabricated to create the false assertion that the mortgage or beneficial interest had somehow been conveyed — despite the absence of any real transfer of the debt.

In previous articles I said things to the effect that DBNTC did not exist. That was shorthand for saying that it did not exist in relation to any debt of any homeowner where the loan was subject to claims of securitization. I apologize for the confusion. I hope this article clears it up.