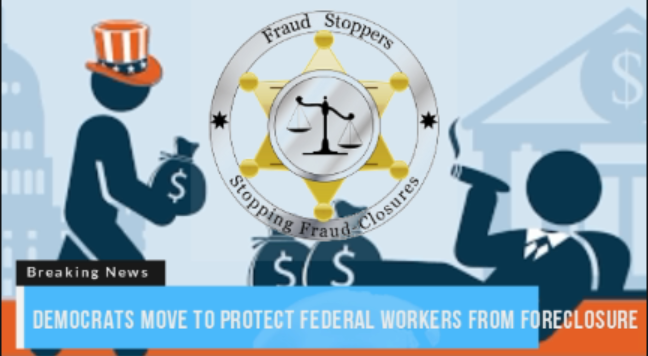 Democratic lawmakers have introduced legislation that would protect federal workers from foreclosures, evictions and loan defaults during a government shutdown.

The Federal Employee Civil Relief Act was introduced in the House by Rep. Derek Kilmer (D-Wash.) and in the Senate by Sen. Brian Schatz (D-Hawaii), according to a report by Big Island Now.

The shutdown, which began on Dec. 22, came when President Donald Trump refused to support a bill funding the government unless it contained $5.7 billion to build a wall on the US-Mexico border. Democratic lawmakers have refused to include the funds. Trump has threatened to keep the government closed for “months or even years” unless Capitol Hill acquiesces to his demand for wall funding.

The shutdown officially tied for the longest ever on Friday – the same day federal workers began to miss paychecks. About 800,000 federal employees have been either furloughed or forced to work without pay. Read more