Citibank to pay $25 million for violating the Fair Housing Act 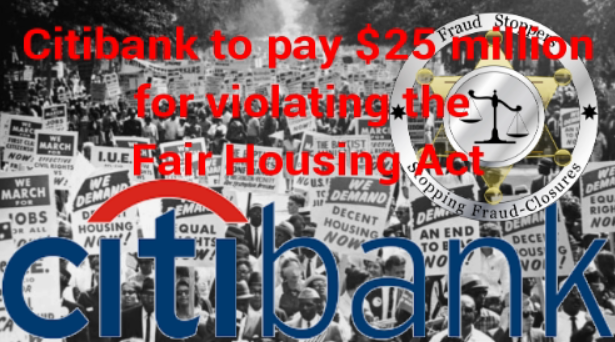 Citibank to pay $25 million for violating the Fair Housing Act

Citibank will pay out a fine of $25 million for violating the Fair Housing Act, the Office of the Comptroller of the Currency announced Tuesday. According to the OCC, an investigation showed that Citibank did not equally offer certain mortgage discounts to all Citi customers, thereby “adversely” affecting some customers based on their “race, color, national origin, or sex.”

The OCC stated that Citibank had “certain control weaknesses” in a lending program called “Relationship Loan Pricing,” which offered mortgage discounts to Citi customers. In the program, Citi customers could receive a credit to their closing costs or an interest rate reduction if they used Citi as their lender. The program was piloted in August 2011 and rolled out widely in February 2012.