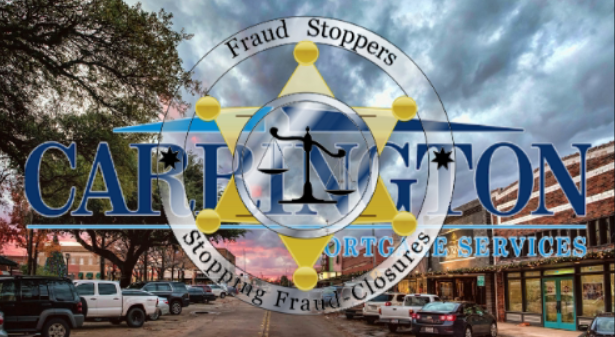 She purchased her home in 2001, and paid on it for 14 years, but began to fall behind in 2015 and the home fell into foreclosure. Days after the foreclosure notice went public, someone knocked at her door, and offered to help sell her home.

Dallas — Angelica Garcia is an immigrant from Honduras, a widow, and mother of two. Her version of the

American dream was a one level brick home on a quiet street in Garland.

“I was very excited when I bought my house. To me, it was beautiful house,” she said in her native Spanish.

Garcia purchased her home in 2001, and paid on it for 14 years, but began to fall behind in 2015 and the home fell into foreclosure. Days after the foreclosure notice went public, someone knocked at her door, and offered to help sell her home.

“And at that moment I was happy I said, ‘Thank God.’ I’m able to sell the house right away, pay the bank, and problem solved,” Garcia said.

Garcia signed a stack of documents, which were all written in English. She didn’t understand what she was signing, she said, but she trusted the woman who guided her through the signing process. She called herself a Spanish representative.

“The next thing she knows, several months later she gets a call from a man that says your house has been sold you have three days to move,” said Rachel Khirallah, Garcia’s attorney. “She had signed a deed over to her house.”

Khirallah said because Garcia had unknowingly signed over her home, she didn’t own it anymore and she was not going to make a penny off that sale, despite having more than $40,000 in equity.

She received an eviction notice, but fought it. The sale of the house was stopped, but Garcia and Khirallah kept fighting in court.

Garcia’s lawsuit accusing investment group RCMI, which knocked on her door, and Carrington Real Estate, which listed her home, took almost three years to get to trial.

On July 10, a Dallas jury sided with Garcia and awarded her $750,000 in damages. “The jury and God always decides for the truth. They ruled in my favor,” she said.

Khirallah said the case felt like a David versus Goliath story, and she felt like the jury “got it.” “Real estate companies are supposed to protect you. We literally just presented the facts that Angelica is not a victim, bus she’s a fighter. The jury agreed,” she said. “Under no circumstances can a company like that hide important facts from you.”

The company released the following statement:

“Carrington prides itself on its commitment to the highest standards of ethical business practices and fair dealing, and we are proud to have served many Texas homeowners over the years. We had no interest and no motivation to try to deprive Ms. Garcia of her home; in fact, as the evidence showed, Carrington was not involved in the attempted eviction and received no compensation in connection with this matter. The jury’s verdict attempts to hold Carrington responsible for actions of a third party who was not our agent, which we believe is not supported by established Texas law. Carrington will seek judgment in its favor despite the jury’s verdict. If the court fails to do so, we intend to appeal.”

An attorney for RCMI has not responded to a WFAA inquiry.