CALIFORNIA 3rd THIRD APPELLATE DISTRICT WRONGFUL FORECLOSURE CASE: You Can Cancel the Assignment, Notice of Default, Notice of Sale and Reverse the Sale. 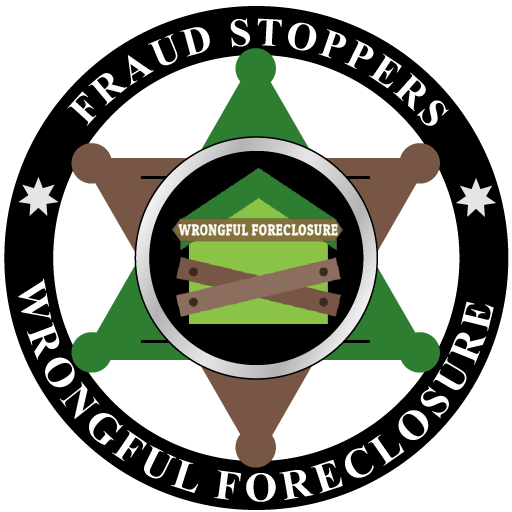 CALIFORNIA 3rd THIRD APPELLATE DISTRICT WRONGFUL FORECLOSURE CASE: You Can Cancel the Assignment, Notice of Default, Notice of Sale and Reverse the Sale.

This decision “Not for publication” takes one more step toward unravelling the false claims of securitization that resulted in millions of fake foreclosures over at least 15 years. The pure nonsense being peddled by Wall Street investment banks still remains as the underlying basis for assumptions and presumptions that are contrary to fact and contrary to legal and equitable principles.

But the window is now open to include the investment banks as defendants in complaints for damages and disgorgement, because as this decision reveals, the courts may not be willing to take a giant leap of faith that someone must be the lender and that “someone” is part of the chain of players who are pursuing foreclosure. Without that leap of faith, without that bias, their “doctrine” is left dangling in the wind.

YES it does stand for the proposition that at least this court says that cancellation of instruments is the one cause of action that in fact does exist because the assignment was from an assignor that had no interest in the debt. I think that it is important to make it clear that the words “no beneficial interest” means “no ownership of the debt.” But the use of the words “no beneficial interest” implies the validity of the deed of trust by which the property was encumbered in favor of a “lender” (or its agent “MERS”) who was a sales agent and not a lender and from whom the borrower received no funds.

This twisted concept seems to be saying to the judicial world that we know that table funded loans occur but we are not going to invalidate the enforcement of contracts lacking in consideration because there must be someone in the mix who did provide consideration and who was in some kind of relationship with the sales agent. Hecne the courts are thinking that they are following substance over form and thus preventing a windfall to borrowers. Instead they are stepping over the facts.
The money came from an investment bank and yes the investment bank knew that the “originator” would be named as lender. The purpose of this arrangement was to shield the investment bank from liability for violations of lending laws of which we all know there were many spanning the categories of appraisal fraud, avoidance of underwriting risk (without which nobody could be considered a lender), to concealment instead of disclosure of terms, compensation etc.
You can’t pick up one end of the stick without  picking up the other. If we are going to accept the notion that in foreclosure cases we are going to treat a contract as enforceable even though it lacked consideration and nobody else that is named in the chain has ever paid value, then the assumption is that an unnamed party who actually did pay value, is the real party in interest. That is the investment bank. And THAT can ONLY mean that the investment bank was present in underwriting and granting the loan through its naked nominee, the sales agent or “originator.”

If that is so then the liability for lending violations MUST attach to the investment bank. And if that is so then at least in judicial states, by alleging those lending violations through the affirmative defense of recoupment, the foreclosure can be mitigated or defeated entirely. In nonjudicial states one would need to allege active concealment preventing the borrower from knowing the real party in interest with whom he was dealing.

This could be the end of nonjudicial foreclosures at least as to LBMT-WAMU-Chase. It should be treated as such. If I had time, I could literally write a book about this decision as it is so instructive as to pleading requirements and common mistakes made by trial and appellate courts like for example, assuming that a legal default exists when nobody who owned the debt declared such a default or even said that payment was delinquent in some way.

It also shows the lengths that many courts will go to avoid “fraud.” While they will accept the notion that something was wrongful and that the defendants knew it was wrongful, contrary to fact and law, they refuse so see it as fraud. A quick look at any FTC action will reveal that such restrictions do not apply if the same allegations come from a governmental agency.

The case is also instructive in that it repeats a very common scenario regarding the origination and progression of the loan. This court and other courts will eventually face the day when their assertions come full circle: for now, they are saying that just because there was no consideration between then named lender and the borrower doesn’t mean there was no enforceable contract.

Yes it does mean that in every context other than foreclosure litigation. But because of the rules in UCC Article 3 the maker of a note takes a risk when they execute the promissory note without having received any consideration because the note represents, under law, the right to enforce it, which if it is acquired for value might mean the enforcement would be free from borrower”s defenses. That liability does not create an enforceable loan contract. Even common sense dictates that for a loan contract to be enforceable there must be a loan between the parties to the contract.

PRACTICE NOTE: All that said, this case only stands for the proposition that a complaint is sufficient when it pleads that the party on whose behalf an assignment was made had no ownership in the debt. The proof of the pudding will be at trial. How will you prove this basic proposition. The answer is that you have taken the first step which is that you put the matter in issue. The second step is discovery. And the third step, if it ever gets to that, is establishing at trial that the supposed beneficiary under a deed of trust or the mortgagee under a mortgage deed had not satisfied its burden of proof showing an ownership interest in the underlying debt.”

The opposition to that narrative will be what it has always been. That possession of the “original” note raises the legal presumption that the named beneficiary under the deed of trust in fact was the legal beneficiary under the deed of trust. Possession of the note, they will argue equals ownership of the debt. If the judge accepts that proposition, the burden of proof will then fall on the borrower to rebut that presumption — a leap that most judges have already demonstrated they don’t want to make. So the persuasiveness of then presentation including an unrelenting march toward revelation of the truth is the only thing that carries the day.

The banks know that what they’re doing is wrong. But history shows that they can get away with it except with the apparently rare homeowner who aggressively and relentlessly defends the foreclosure.