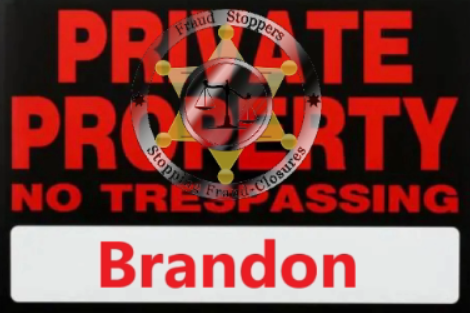 Dear Commissioners for the Biden Administration and Court Clerks please stop trespassing upon our private business.

Attached are just one example of the documentation of financial warfare for which we have presented to the treasury and the military provided for ex FBI and DOJ, which documents the premeditation of the mortgage crisis.  As you are aware of HSBC involvement not only as the collateral agent for DOMINION SOFTWARE but is the TRUSTEE for hundreds of REMICS involved in the worlds biggest ponzi scheme for which your administration is directly responsible. see federal question currently hangin out in a couple of court chambers below.    Further we hold documentation of destruction of evidence, clerk obstruction, and judges engaging in CIVIL RICO as accessories after the fact.

The Judges submitted their mandatory annual financial disclosure reports under the Ethics in Government Act(5 U.S.C. §101(f)(11) et seq.) to the Committee on Financial Disclosure of the Judicial Conference of the U.S. That Conference is presided over by the Chief Justice of the Supreme Court, who appoints the Committee members, all of whom are also federal judges. It includes all the chief judges of the 13 circuits as well as representative district, bankruptcy, and magistrate judges.(28 U.S.C. §331-332)

Hence, the Federal Judiciary has been in a position and has had the duty of due diligence to ascertain that there was no conflict of financial interests requiring judges’ recusal from cases as to which the Judiciary had all public documents and even confidential ones, as well as total control over its procedure.

It follows that the Judiciary has had actual and imputed knowledge of the judges’ illegal conduct. The practice of concealing financial interests is so widespread and involves such pitcher-catcher coordination between judges and a complicit Committee of peers, col- leagues, and friends as to render applicable the principle “[dishonesty] Too big [for the Judiciary] to fail to know”. Thereby liability has become institutionalized, attaching to the Federal Judiciary itself, which covered up for its judges, just as it was institutionalized when judges held the Catholic Church liable for the crimes of pedophilic priests and its cover-up thereof. (For which I was a victim of in my youth)

In the last 225 years since the creation of the Federal Judiciary in 1789, only 8 of its judges have been removed from the bench14. They hold all their adjudicative, policy-making, ad- ministrative, and disciplinary meetings behind closed doors and never appear before a press con- ference(Lsch:2§A). They act with impunity. The evidence reveals their motive, means, and op- portunity(jur:21§§1-3) to engage in financial and non-financial wrongdoing(jur:5§3) by abusing power to deny due process, disregard the law, and decide by reasonless summary orders66. They have hatched a system of wrongdoing so routine, widespread, and coordinated(88§a-c) among themselves213 and between them and insiders169, e.g., running a bankruptcy fraud scheme(65§§1- 3), as to have turned wrongdoing into their Judiciary’s institutionalized modus operandi(49§4).

The presentation(97§1) of this evidence and of the findings of its further investigation (100§§3-4) can outrage(83§§2-3) the national public and set off a Watergate-like(4¶¶10-14) gen- eralized media investigation(ol:55). Its findings can cause the public to demand official investiga- tions of the judges and the top politicians(77§§5-6) conniving with them. The official investiga- tors, exercising their subpoena, search & seizure, contempt, and penal powers and holding public hearings, will be able to make even more outrageous findings. A more deeply outraged public will force politicians to undertake reform that will treat judges as what they are: public servants hired to perform a service and accountable for their performance, We the People.

Judges took an OATH of OFFICE, for which under COLOR OF OFFICE, has been breached.

Please be advised that this is a PUBLIC DEMAND being made by an “OTHER THAN ORDINARY” direct source volunteer federal witness of mortgage crimes on behalf of the “PEOPLE” subrogated hypothecated TRUST/s/ for MILITARY INTERVENTION.

I AM the ONE who holds an impossible TITLE for which I now open myself up for the harshest of scrutiny..  I wish for anyone to prove this TITLE just a product of societal conditional programing.   If it can be proven, then the US Government is directly responsible for the implementation of such psychological warfare for the purposes of human enslavement.  If it can be disproven then I am reasonable doubt of the actual existence of the premeditation of a collective consciousness.    Either way.. i am still what I AM.

I have no other explanations for what “THIS” actually is, other than what no one has been able to rebut or wishes to acknowledge the existence there of… evidence of Spiritual Warfare.

May god have mercy on our souls.