Banks Lawyers Are Lying to You and The Courts 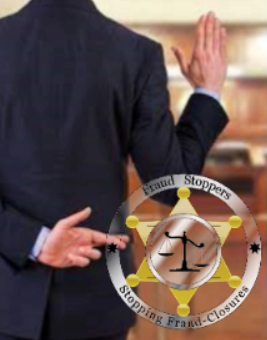 documents that pledged, sold, transferred anything relating to transactions with homeowners were regularly fabricated with false information and then used in subsequent documents as though there was actual trading going on. But there wasn’t. And there isn’t. And that is why the opposition in foreclosures can never give a straight answer to questions about any presumed transaction in which value was paid for the document purporting to make such transfer, assignment, appointment, or endorsement. No such transaction exists.

This is not subject to debate. It is however subject to testing. It is the reverse of “ask and ye shall receive.” If you ask, you will never receive. The homeowners who win foreclosure are those who used that fact — the inability to produce evidence in lieu of legal presumptions about transactions in which rights were sold.

The big lie is that anything happened when in fact nothing happened. It started with the origination of the transaction with the homeowner when the homeowner received money under the false premise that the money paid to him/her or on behalf of the homeowner, was paid as part of a loan transaction. As a result of that false premise (in most instances) the homeowner is lured into signing conventional-looking “loan documents.” What is missing is any statement or confirmation that the named lender ever loaned money to the homeowner. Because it is an absent element, nobody notices this glaring error unless they are a lawyer who is pondering the situation.

Up until the era of securitization, there simply was no reason for questioning whether the named “lender” was engaged in a loan transaction or something else. What else could it be? And with lawyers now being cut out of most of those transactions, nobody is questioning anything. But in nearly all such transactions the named “lender” was not engaged in the practice or effect of “lending” and since most such transactions were “refinanced” it may fairly be said that in most cases, no consideration was paid.

The only exception would be cases in which the homeowner received extra cash out of the “refinance”. In those cases, to the extent of money received the homeowner received at least some consideration. The rest of the consideration —paying off the old “debt” — has not occurred.
The purported “refinancing” is merely an elaborate scheme to start a new securitization scheme in which unregulated securities are sold to investors without ever retiring the homeowner, debt (which no longer exists), or retiring the old securities that were issued.

Unlike the business of lending money, securitization is an infinite process because the securities do NOT convey any right, title, or interest to any underlying obligation, legal debt, note, or mortgage issued by the homeowner. Untethered from any representation of ownership of the promise issued by the homeowner, the investment banks could issue an infinite number and variety of securities that were merely referenced on reports about the transaction with eh homeowner rather than ownership of anything arising from the transaction with the homeowner.

And before you say that is impossible, think about this. Why did the banks hire more than 10,000 convicted felons in the state of Florida to sell these financial products to homeowners? The felons were all convicted of economic crimes. They were already vetted for the one purpose that the banks wanted — i.e., to lie with a straight face and be convincing. How else did people who were delivering pizza without any education or training, go from earning over wages to millions of dollars? Where is that money come from? Do the math! It can’t be from the interest income from a loan that is purportedly the nature of the transaction with the homeowner. There is no enough interest in the world to cover the huge commissions and profits that were paid to everyone who was in on this feeding frenzy.

But in order to maintain the illusion, the banks needed to get creative after the origination of the transaction with the homeowner. They needed to establish a paper trail that would lead everyone to believe that multiple parties were engaged in due diligence and trading interests in transactions with homeowners when inf act no such trading occurred.

And they did this by eliminating a statement from documents that appeared to be facially valid. The statements, as is required today and for all time by anyone during business with a bank, is called a warranty and essentially says “I own this property or right.” Such statements are universally missing in action in all chains of all documents leading up to claims of administration, collection and enforcement of the “loan closing documents” (note and mortgage) issued by the homeowner.

The banks knew that if institutions were named in documents they would be presumed to have been involved. The idea that any large brand name commercial banking institution license the use of its name in an agreement with Wall Street securities brokerage firms that operated as “investment banks” had some precedent in payday loans, but never before on his scale. So with tacit or explicit permission that concocted documents in which the names of government entities and large band name banks were used even though they had no involvement in any transction.

So documents that pledged, sold, transferred anything relating to transactions with homeowners were regularly fabricated with false information and then used in subsequent documents as though there was actual trading going on. But there wasn’t. And there isn’t. And that is why the opposition in foreclosures can never give a straight answer to questions about any presumed transaction in which value was paid for the document purporting to make such transfer, assignment, appointment, or endorsement. No such transaction exists.

This is not subject to debate. It is however subject to testing. It is the reverse of “ask and ye shall receive.” If you ask, you will never receive. The homeowners who win foreclosure are those who used that fact — the inability to produce evidence in lieu of legal presumptions about transactions in which rights were sold. In the end, no robowitness, no document, and no other report or evidence can ever establish an event that did not occur — unless it is offered or proffered and the homeowner fails to contest it.

Just because a loan was pledged, doesn’t mean that there was any warranty of ownership nor any previous purchase of the underlying obligation. That is precisely the game they are playing. They keep issuing documents that purport to transfer something hoping that it will give rise to the assumption that something must have been transferred. They do this in assignments, pledges, and various other instruments that bear a title of some conventional name of a document of action or transfer of ownership or rights.

Absent a warranty of ownership, which they always scrupulously avoid, they are not even saying is that the transferor or the transferee has given or received anything. absent an actual transaction in which value was paid for the underlying obligation, there was no effective conveyance, pledge, or action.

but the appearance of the document creates the illusion that something happened. and behind that, there is the assumption that since something happened, the parties who are named in the document had a right to do what they did. From that assumption, a judge will most often leap to the legal conclusion is that a legal presumption should be applied to the document, based upon its apparent facial validity. But in nearly all cases, there is no facial validity because there is no warranty of title.

In the absence of a challenge from the homeowner, this error is engraved in stone for the purposes of that case. Once accepted it is very difficult to dislodge.