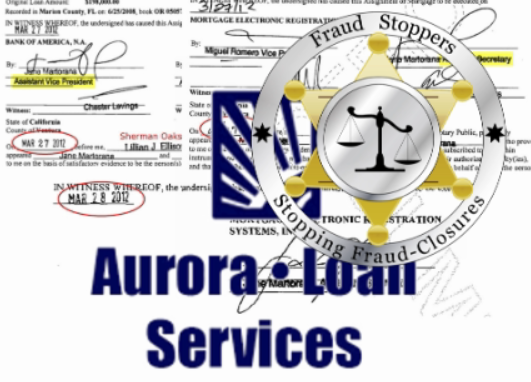 Edward Hyne, Nationstar’s Rule 30(b)(6) witness refers to the practice as “preparing indorsement pages”. This is a partial transcript of the deposition. The case was set for trial Monday October 22, 2018:
BY MR. RILEY: Q What is your testimony about the Note, Mr. Hyne?
A The Note itself is accurate, but as to the page where the endorsements are, um,
there is, actually, um — the original Note has the endorsements on the backside of the
signature page, and this was an alternate second endorsement sheet that had been
prepared by Aurora Bank, it’s my understanding. That’s why there was a discrepancy
raised relating to the endorsements.
MR. OLIVER: Prepared by?
THE WITNESS: Aurora, the prior servicer.
MR. RILEY: Would you, please, read back his answer, if you would.
BY MR. RILEY: Q Why would there be an alternate endorsement sheet prepared by
Aurora?
A Um, well, I don’t have personal knowledge. I didn’t work for Aurora. It’s my
understanding that the, um — Aurora had an image of the Note that, um, apparently,
when imaging their system, they didn’t have the back page with the endorsements on
it, and someone at Aurora had gone in and created a separate endorsement sheet, um,
for the purposes of having a complete version of the Note with an endorsement, not
knowing that the back of the original Note, um, contained the, um, original
endorsements.
Q So it’s your testimony they prepared an allonge, if you’re familiar with the term
“allonge”?
THE WITNESS: I don’t know if you would call it an allonge, um, but they prepared,
um, a sheet that had new endorsements so that it could be imaged, um, with, um, an
image of the Note that was, um, different from the original Note that already had the
endorsements on the backside of the signature page.
Q Let’s go back to the document you’re referring to and that you’re looking at in front
of you. What is that?
A This page, um, is a page that has three endorsements on it.
Q So is it your testimony this was the endorsement that was prepared by Aurora that
was attached to Claim 1?
THE WITNESS: Yes.
BY MR. RILEY: Q Okay. And how do you have knowledge of how this happened?
A We have — in our imaging system when the loan came across from Aurora to
Nationstar to service. We had images with this Note with this endorsement page, and
a separate image of the Note as it, actually, appears with the other endorsements. Um,
I’ve had discussions with Simon Ward-Brown, who —
Q I’m sorry, who?
A Simon Ward-Brown. He’s an employee of Nationstar now, but was previously
employed by Aurora when this loan — before the loan transferred to Nationstar.
Q And he’s the one that informed you how these signatures came to be on the claim?
THE WITNESS: We discussed as to how there might be two different, um,
endorsement pages.
BY MR. RILEY:Q When would you have had that conversation?
A I think it was last year, late last year
Q Why was an amended Proof of Claim not filed, if that wasn’t the accurate Note?
A I’m not sure why there wasn’t an amended Proof of Claim filed. Certainly
Nationstar wasn’t aware of the issue until, I believe, it was raised later on in the
litigation.
BY MR. OLIVAR: Q Now, I think you testified you spoke with Mr. Ward-Brown about an
alternate second set of — alternate second endorsement sheet. Do I have that right?
A Yes.
Q And the alternate second endorsement sheet, you believe, was prepared by Aurora
Bank?
A Yes.
Q Did he know how that was prepared or why that was prepared when you spoke
with him?
A We had discussed what he believed to have happened, um, to provide an
explanation why there is a second endorsement page.
Q When you say you discussed what he believed to have happened, were the two of
you just speculating as to possibilities, or did anybody know what had happened?
A He didn’t say that he was there when it happened physically at the time that it was
occurring, um, so he was trying — he believed that that is what happened based upon
his, um, knowledge of the servicing policies and processes at Aurora.
Q So based on his knowledge of the general policies at Aurora, he posited some
options as to what might have happened, or was it just one option?
A No. I believe that was the one option.
Q So based on his knowledge of Aurora’s general policy, he said he believed that’s
what had happened?
A Aurora has an imaging system where they image their own documents. An
employee of Aurora had looked at the images of the Note and saw that there was not
an endorsement page image with the Note as part of the Note document. Even
though the original, um, Note has the endorsements on the back page of the signature
page, um, it was Simon’s understanding or belief that, um, an employee of Aurora
then prepared, um, a separate endorsement page, um, for the purposes of completing
the chain of endorsements for the image of the Note that they had in their system.
Q What was the name of the employee at Aurora who saw there was no endorsement
page?
A Um, he didn’t have a name of a person. He believed that’s what would have
triggered an employee looking at the imaging system.
Q When did that unnamed Aurora employee create that second page?
A It’s not dated, so I’m not sure if he could tell but, um, there’s certainly nothing on
the document that would indicate when it occurred.
Q How did the Aurora employee create a second endorsement page?
A I don’t know.
Q Do you know whether the page was photo shopped?
A I don’t know.
Q Do you know whether the page was physically xeroxed with a cut-and-paste
technique?
A I don’t know.