An estimated 70 million mortgages may be legally void!

An estimated 70 million mortgages may be legally void.

THE GROUNDBREAKING COURT DECISION GLASKI V. BANK OF AMERICA COULD HELP YOU SAVE YOUR PROPERTY FROM FORECLOSURE.

Do you have one of them?

(Chicago, IL – November 27, 2013) — Since 2009, our paralegal association has been educating homeowners facing foreclosure, equipping them with the facts and tools needed to fight foreclosure fraud. This hasn’t always been easy for homeowners (or lawyers) to do; because the courts (for the most part) have not been open to ruling in favor of homeowners who present arguments based on  securitization, bifurcation, and/or faulty chain of title arguments.

However, thanks to a new groundbreaking case Glaski v. Bank of America Fraud Stoppers is now able to help potentially 80-90% of all homeowners who financed a home between 2000 and 2010 and who are facing foreclosure or have been foreclosed upon.

Upwards of 70 million loans are potentially faulty. It has now been determined that many of the entities attempting to foreclose do not hold legal title to the homes. If you suspect that you may have been wrongfully foreclosed upon, or are currently facing foreclosure, we recommend that you immediately contact Fraud Stoppers and complete our brief questionnaire to see if you have grounds for a lawsuit against your lender.

What does Glaski v. Bank of America mean to you?

The Glaski decision presents the idea that if some entity wants to collect a debt or foreclose on your property, they must first own the debt. Furthermore, if that entity is claiming ownership by way of an Assignment, it must prove that Assignment is valid.

“This is one of the most significant cases in Calif. Real Estate Law in the last fifty years,” explained Stephen J. Foondos, managing partner of United Law Center.

“Unlike the myriad weak modification programs that gave little or nothing to a relatively small number of homeowners, the Glaski decision offers real financial relief to all who were (wrongfully) foreclosed upon.”

In the Glaski case, Mr. Glaski was foreclosed on and evicted. He sued for wrongful foreclosure claiming the entity that foreclosed was not the proper party because they did not own his promissory note. Glaski alleged that days after he signed his mortgage with his bank, the bank assigned his note to a securitized “Wall Street” trust and that the Assignment document was not filed timely as required under the state laws in which it was created. Since the Assignment of Mr. Glaski’s note to the securitized trust was invalid, the trust did not own his note and therefore could not foreclosure, and hence the foreclosure was wrongful. The Court of Appeals agreed. (Notably, if the trust never owned the note then it never had the right to collect any of his mortgage payments—which means Glaski [and any other Plaintiffs] can sue for reimbursement of those payments)!

How Can You Identify Potential Violations on Your Loan? 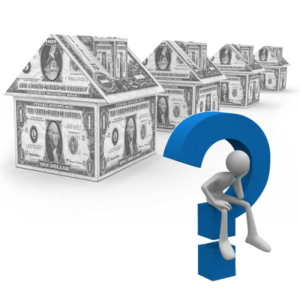 Here are a few signs to look for:
Seeing the term MERS on your loan documents: Deed of Trust, Notice of Default, and Notice of Trustee Sale

What bank did you originally sign with? Major Banks securitized nearly 90% of all their loans; nearly all failed to properly assign them. These include but are not limited to:

Did you have a loan with terms such as:

If you spot any of the above signs (or any one of these 65 signs) you should call Fraud Stoppers right now because we can help you save your house from foreclosure and get the real estate remedy that you deserve. 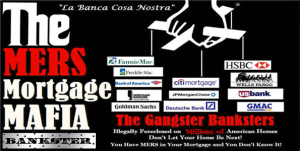 MERS is Mortgage Electronic Registration Systems it was created by banks in order to “streamline” the warehousing of loans and mortgage documents. Basically MERS is a front organization that was created to defraud homeowners and government agencies. It pretends to hold your note, but in fact holds nothing. Banks set up MERS in the 1990s to help speed the process of packaging loans into mortgage-backed bonds by easing the process of transferring mortgages from one party to another. But ever since the housing crash, MERS has been besieged by litigation from state attorneys general, local government officials and homeowners who have challenged the company’s authority to pursue foreclosure actions. Recently there have been many court decisions delivering death blows to MERS and their 70,000,000+ mortgages they claim to hold.

For example in MERS Is Dead and Can Be Sued For Fraud: WA Supreme Court we learn that the Washington State Supreme Court dealt a death blow to MERS: “The highest court in the state of Washington recently ruled that a company that has foreclosed on millions of mortgages nationwide can be sued for fraud, a decision that could cause a new round of trouble for the nation’s banks.

The ruling is one of the first to allow consumers to seek damages from Mortgage Electronic Registration Systems, a company set up by the nation’s major banks, if they can prove they were harmed. Legal experts said last month’s decision from the Washington Supreme Court could become a precedent for courts in other states. The case also endorsed the view of other state courts that MERS does not have the legal authority to foreclose on a home.

“This is a body blow,” said consumer law attorney Ira Rheingold. “Ultimately the MERS business model cannot work and should not work and needs to be changed.” A spokeswoman for

MERS said the company is confident challenges. The Washington Supreme

“capacity to deceive” a substantial portion of the public because MERS claimed it was the beneficiary of the mortgage when it was not. 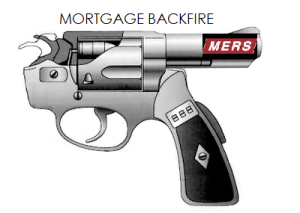 This finding means that in actions where a bank used MERS to foreclose, the consumer can sue it for fraud. If the foreclosure can be challenged, MERS’ involvement would make repossession more complicated. On top of that, virtually any foreclosed homeowner in the state in the past 15 years who feels they have been harmed in some way could file a consumer fraud suit.