88-year-old Grandmother walks 1.2 miles to treasurer’s office to save her home from foreclosure 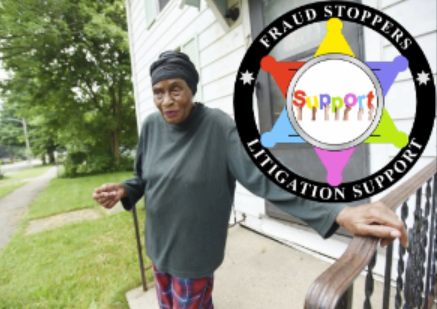 88-year-old Grandmother walks 1.2 miles to treasurer’s office to save her home from foreclosure

NILES — For several years, Berrien County Treasurer Bret Witkowski has been teaching residents the steps they can take to keep their homes out of foreclosure.

88-year-old Grandmother walks 1.2 miles to treasurer’s office to save her home from foreclosure. Last week, 88-year-old Niles resident Mildred Gray took some steps on her own to meet with Witkowski and save her house on Sycamore Street.

On June 12, Gray arrived with her grandson at Witkowski’s office at the Niles Courthouse, where he keeps hours on Tuesdays.

“She was so tired, she fell over the chair,” Witkowski recalled.

Gray had heard from friends about the payment plans offered to residents who have fallen behind on their property taxes. Witkowski avidly has promoted the plans, setting up evening and weekend sessions at libraries and other locations to help people sign up.

To date, more than 800 property owners have signed up, greatly reducing the number of foreclosures that occur when a resident is three years behind on their taxes.

Once the business with Gray was concluded, Witkowski offered to wheel her in the chair to the vehicle he assumed they had arrived in.

That’s when he learned that Gray, who came in carrying a cane, had walked all the way.

Witkowski drove her home and checked the mileage on his odometer – 1.2 miles. Not only that, the return walk would have been mostly uphill, on a day when temperatures reached 80.

When asked why she made the journey, Gray was succinct.

“I didn’t have any other choice,” Gray said. She has lived in the house since 1953 and raised her children and grandchildren there, and didn’t want to give it up.

“I had to do something,” Gray said. The tax payment plan “sounded like a good idea.”

The payment plans, which have a success rate around 96 percent, help people catch up on their taxes and save the county money for processing foreclosures and maintaining seized property.

Foreclosed properties will be sold at the county land auction July 31.