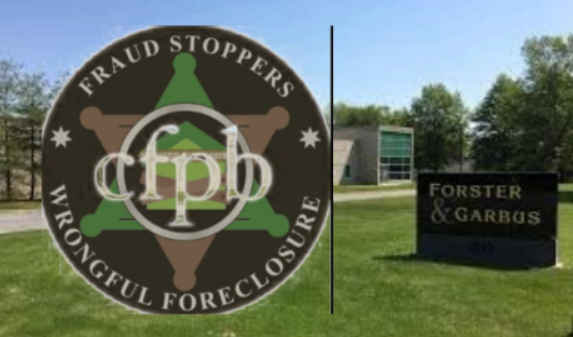 It is important to note the recent 3 judge panel of the 5th circuit court of appeals ruled that the designs of the CFPB violated the constitution because it received funding though the federal reserve. (This funding is supposed to be going through Congress)  Thus the Dodd Frank data base that holds buried grievances across the Nation our group can connect to the State Charters through their vested interest in the S.E.C.U.R.E. Software system used to fabricate false documents Title 15 7003 and hitting the MERS trademark used which State UD cannot adjudicate upon)

So that is very important to note because it was created by this OBAMA / BIDEN regime.   (Remember we traced these Dirty deeds through the S forms directly to the Office of Budget and Management under O Bummer

Foreclosure Defense does not mean proving any facts

The absence of an unpaid loan account on the books and records of the alleged “successor lender” is all you need to defeat the foreclosure, and that is also sufficient to tee up the case for a lawsuit for wrongful foreclosure.

About 1/3 of inquiries made to my office at least mention forgeries. Yes, they are probably correct. But there is nothing obvious about a forgery unless the judge is personally familiar with the signature of the person who supposedly signed the document. And if that was the case, the judge would need to be recused because of their personal knowledge.

But I have maintained that as a strategy or tactic, any allegation of forgery only undermines the credibility of the defense narrative — i.e., that the lawyer has no client or at least no client with a claim.
The absence of an unpaid loan account on the books and records of the alleged “successor lender” is all you need to defeat the foreclosure, and that is also sufficient to tee up the case for a lawsuit for wrongful foreclosure.

[But unless you do persistently contest the case, the presumption will be made that the loan account does exist and that the lawyer represents a claimant who owns it. And in turn, the “records” of the “servicer” will be presumed to be an accurate reflection of what must be on the books and records of the named Plaintiff (mortgage) or beneficiary (deed of trust).

Without a witness whose signature is supposedly on the document, it is nearly impossible to contest a document because it is a forgery. Remember that forgery means a signature that was not placed there by the person whose name appears as the signatory. People often use the word “forgery” interchangeably with “fabrication.” Fabrication refers to the creation and drafting of the entire instrument, whereas forgery refers only to the signature line.

That is why I have pounded on lawyers to disregard their clients’ instructions regarding a contest based upon allegations of forgery, which the homeowner will never be able to prove. But they can contest any document, including in allonge, on other factual grounds. For example, the presumed allonge could be contested on the simple grounds that there was plenty of room on the promissory note on which an endorsement could be placed.

That would be a violation of state statute (adopting the UCC) if they put it on a separate piece of paper or if they failed to attach the allonge to the note in a permanent fashion. Another example is a contest based on delivery of the original promissory note and the circumstances that are claimed to have existed that gave rise to the physical transfer of possession of the original promissory note.

Spoiler Alert: Despite the truth of the matter you wish to assert, the procedural truth is that homeowners will never be able to prove any allegations of fact that they wish to make in connection with foreclosure defense. They don’t have access to those records. They can show inconsistencies in correspondence, notices, and statements, but they cannot actually prove that the foreclosure is a scam. And it is not the judge’s job to investigate whether the claim is real. The judge is limited to deciding a case based on the submissions in the court record.

But they can turn the process around by contesting the basic direct or implied allegations of the law firm purportedly representing the claimant.

There are two methods for doing that. First, the use of statutory letters under RESPA and the FDCPA; second, through legal discovery and follow-up.

Many pro se homeowners and even many lawyers have come back to me saying that the discovery strategies do not work. They are missing the fact that, like everything else in litigation, it is only through persistence that you make your point.

Suppose you follow up your discovery demands with motions to compel, motions for evidentiary sanctions and economic sanctions, and motions in limine. In that case, the probabilities favor a satisfactory outcome for the homeowner.

But most pro se homeowners do not know this and accordingly do not follow this instruction. And homeowners who are represented by counsel typically get edgy about paying for persistence. As a result, the motions to compel discovery are either never filed or never pursued. And the same for motions for sanctions nd motions in limine, each one being the product of an order from the judge granting the prior motion.

Many people point to the corruption of the courts when in fact, the outcomes they believe are unfair or unjust were produced by ineffective defense. And that happens because pro se litigants know nothing about procedure or evidence, and lawyers representing homeowners are not being paid to be persistent.