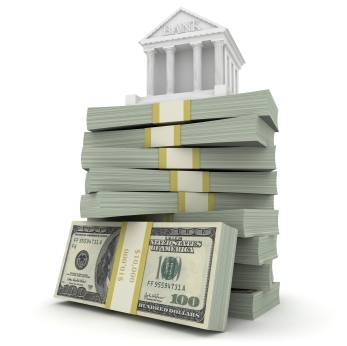 A Wall Street Journal investigation has found that 131 federal judges oversaw 685 court cases in the last decade involving companies in which they or their families owned stock.

The conflict is a violation of U.S. law and judicial ethics, the newspaper reported.

“Nothing bars judges from owning stocks,” the newspaper reported, “but federal law since 1974 has prohibited judges from hearing cases that involve a party in which they, their spouses or their minor children have a ‘legal or equitable interest, however small.’ That law and the Judicial Conference of the U.S., which is the federal courts’ policymaking body, require judges to avoid even the appearance of a conflict.”

About two-thirds of the identified judges ruled in favor of their financial interests when deciding contested motions, the newspaper said.

The judges were appointed by Democratic and Republican presidents.

“Judges offered a variety of explanations for the violations,” the newspaper reported. “Some blamed court clerks. Some said their recusal lists had misspellings that foiled the conflict-screening software. Some pointed to trades that resulted in losses. Others said they had only nominal roles, such as confirming settlements or transferring cases to other courts, though there is no legal exemption for such work.”

Some judges also said they had thought—wrongly, it turns out—that they didn’t have to recuse because stocks were held in accounts run by a money manager.

The Administrative Office of the U.S. Courts released this statement: “The number of cases identified represents less than three one-hundredths of 1% of the 2.5 million civil cases filed over the period and reflects inadvertent mistakes, flaws in software and simple human error. The judiciary takes very seriously its obligations to preclude any financial conflicts of interest. We have in place a number of safeguards and are looking for ways to improve.”

Fifty-six of the judges contacted by the Wall Street Journal because of stock conflicts said they planned to notify parties in 329 lawsuits that they should have recused themselves.

“That means new judges might be assigned, potentially upending rulings,” the newspaper reported.

The newspaper conducted its investigation by reviewing financial disclosure forms filed by about 700 federal district and appeals judges from 2010 through 2018. The newspaper then compared the individual stock disclosures with civil court dockets.

The Wall Street Journal reports that conflicts are rarely made public because judges’ financial disclosures “aren’t online, are cumbersome to request and sometimes take years to access.” The newspaper used information from the Free Law Project, which plans to post the forms online.

All but two of the federal judges who failed to recuse are on federal district courts.

One of the judges who failed to recuse is Judge Julia Smith Gibbons of the 6th U.S. Circuit Court of Appeals at Cincinnati. She wrote an opinion favoring the Ford Motor Co. in a trademark dispute, even though her husband’s financial adviser bought Ford stock for his retirement account after oral arguments.

Gibbons said she wrongly thought that she didn’t have to recuse herself because of her husband’s stock holdings. She is notifying parties of the issue, and her husband does not plan to buy individual stocks in the future.

“I regret my misunderstanding, but I assure you it was an honest one,” she told the Wall Street Journal.

The judge with the most conflicts was Judge Rodney Gilstrap, chief of the U.S. District Court for the Eastern District of Texas. The Wall Street Journal found 138 cases assigned to him involving companies in which he or his wife held an interest.

Gilstrap told the newspaper that he didn’t think he had to recuse himself in cases requiring that he take little or no action or when stocks were held in a trust created for his wife.

Updated Sept. 30 at 8:29 a.m. to include the statement from the Administrative Office of the U.S. Courts